According to the latest filing to Eurasian Economic Commission, ASUS might soon introduce ROG Strix cards for the upcoming Radeon 7900 series from AMD.

ASUS is working on as many as eight Radeon RX 7900 ROG STRIX models, including TOP (the highest clocked), OC (the most popular SKU), and Advanced SKUs. Not all the products listed by EEC may be released, though, but this means ASUS sees room for at as many as 4 different SKUs for each of the new Radeon models. 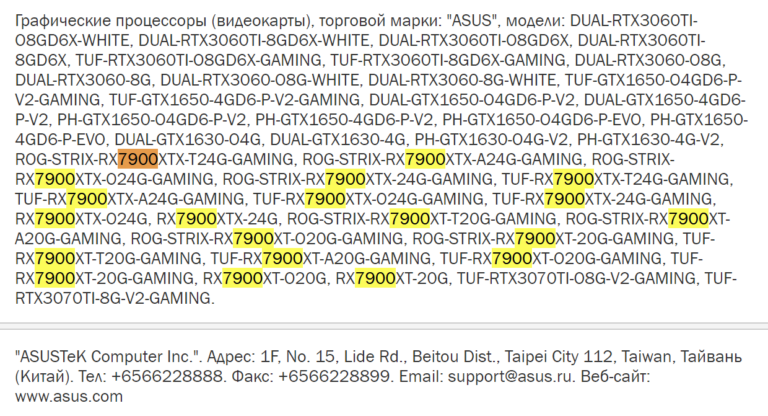 ASUS has not confirmed that a ROG STRIX card is indeed planned, thus far the company has only showcased its TUF Gaming GPU. Therefore, there is no guarantee that Radeon RX 7900 ROG STRIX will look identical to GeForce RTX 4090 series. What is worth noting, though, is that ASUS did not have an air-cooled Radeon RX 6900XT or 6950XT GPUs. For AMD RDNA2 series, the company opted for a liquid cooled variant instead.

The list also confirms ASUS will introduce reference models based on AMD design as well, interestingly one of the cards is listed with supposed factory-overclocking which seems unusual.