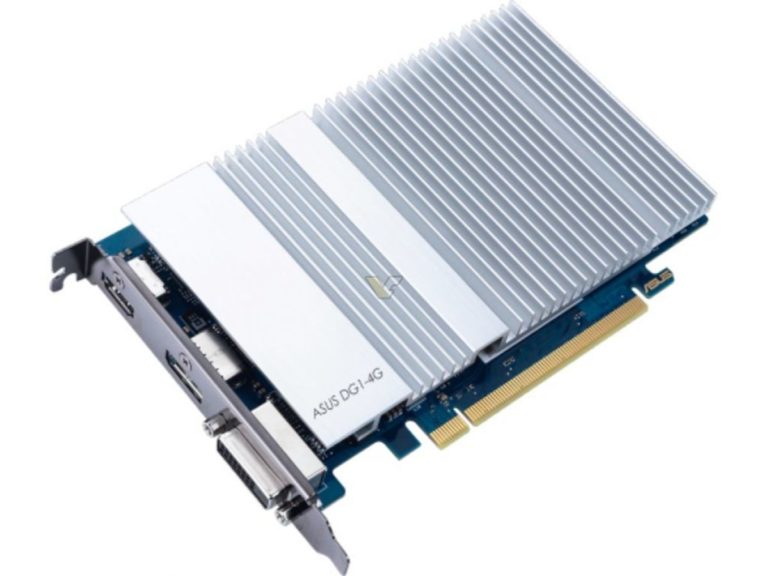 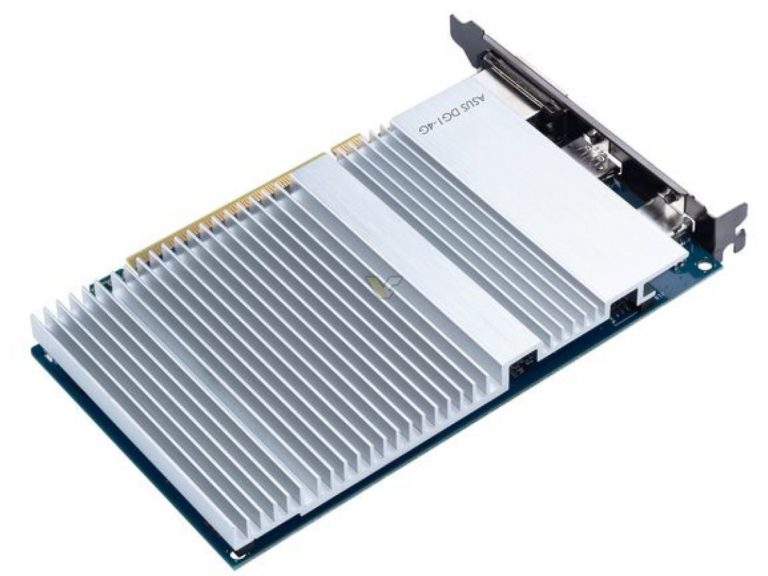 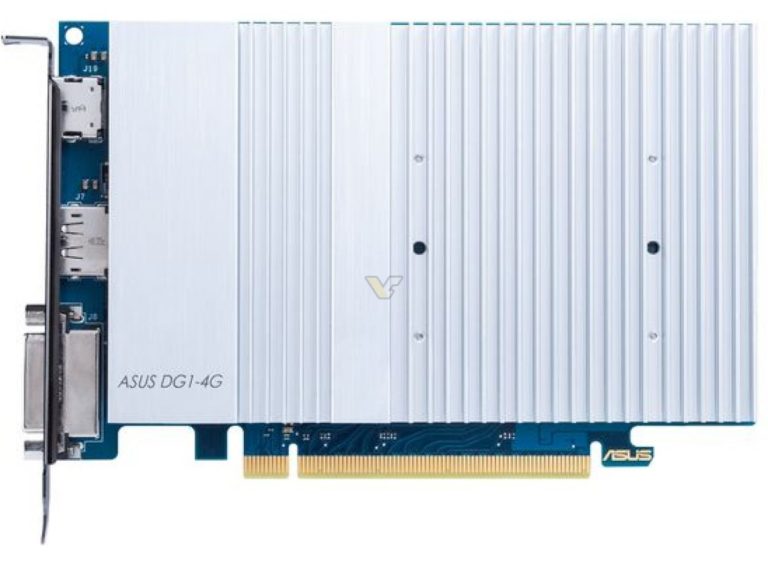 At BaseMark, the first test with ASUS DG1 aka Iris Xe has been shared. This is, in fact, also the only custom variant of the Iris Xe graphics card that Intel has announced back in January.

Intel DG1 Software Development Vehicle and Iris Xe are not the same products. The latter features a cut-down DG1 GPU with 80 Execution Units, whereas the former is based on the 96EU variant.

ASUS DG1-4GB (Iris Xe) is a passive graphics card with 4GB LPDDR4-4266 memory on board. It’s a single-slot design with three display outputs, basically what an entry-level graphics card should be. Exactly this model has been put through a BaseMark synthetic test. The graphics card was attached to an ASUS PRIME H410M motherboard, which is one of the two compatible DG1 motherboards that ASUS is currently offering. 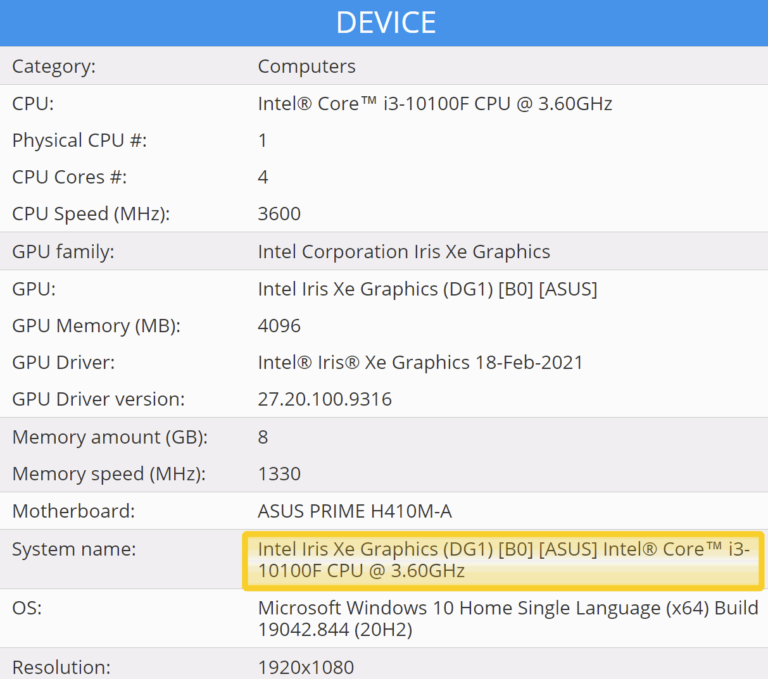 The graphics card was tested with Vulkan High and Medium tests, scoring exactly 1267 and 17289 points respectively. This puts the DG1 just slightly under, now ancient, Radeon HD 7850 which scores 17349 points with the same API and on the same operating system. APISAK, who discovered the entry, compared the graphics card to Radeon RX 550, featuring a bit more modern Polaris architecture: 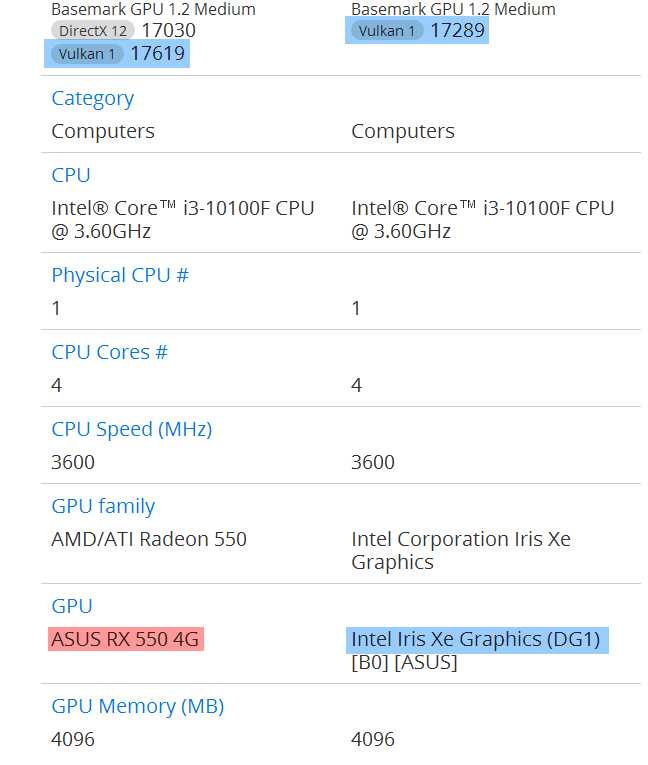 Intel has not confirmed if there are plans for DG1 GPU expansion into other platforms. The manufacturer is now working on its DG2 family based on Xe-HPG architecture designed for gaming. The launch date for the DG2 series is still unknown. We are also awaiting news from 3rd party brands such as ASUS if custom DG2 models are also planned.