It’s April 27th today, so almost a whole month since Intel launched its Arc 3 series for laptops, and yet, they are not available at any store outside South Korea. This is about to change as ASUS, HP and Acer prepare for the May launch of their laptops featuring Intel’s new discrete graphics. At least, that’s what some retailers are now expecting. 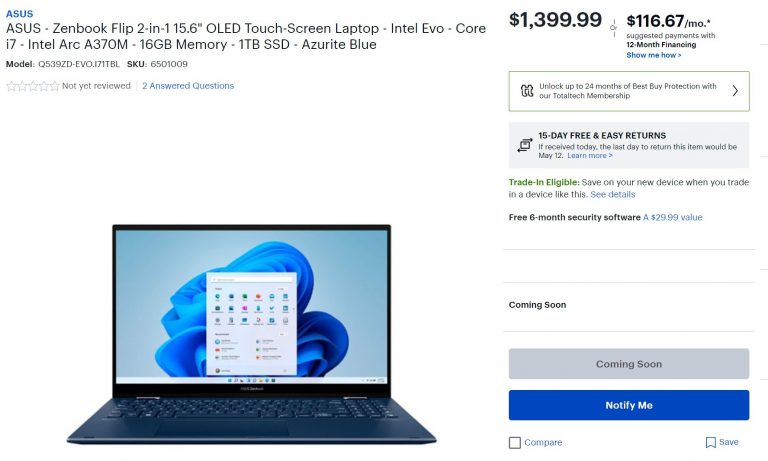 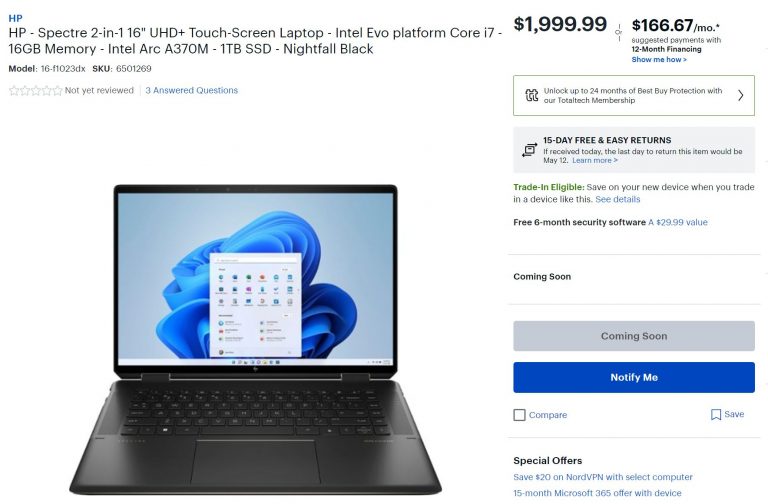 According to BestBuy, ASUS and HP are about to launch their 2-in-1 laptops featuring Intel Arc A370M GPUs. Those are still entry-level GPUs, but at least this time it’s a full ACM-G11 solution with 8 Xe-Cores. We have thus far not seen any benchmarks of the A370M graphics, which only leads us to believe that Arc Alchemist launch was only for one laptop, one market and one discrete GPU only.

In terms of pricing, ASUS Zenbook Flip with 15.6 inch OLED panel will launch at 1400 USD, while HP Spectre with 16-inch touch panel will retail at 2000 USD. Unfortunately, both systems are still not available for sale and BestBuy does not even provide an estimate time of delivery.

ASUS Zenbook price is similar to Acer Swift X, which have been listed weeks ago in Europe for 1300-1550 EUR depending on the configuration. The shipping date of Acer system has been pushed back repeatedly and is now set for mid-June. 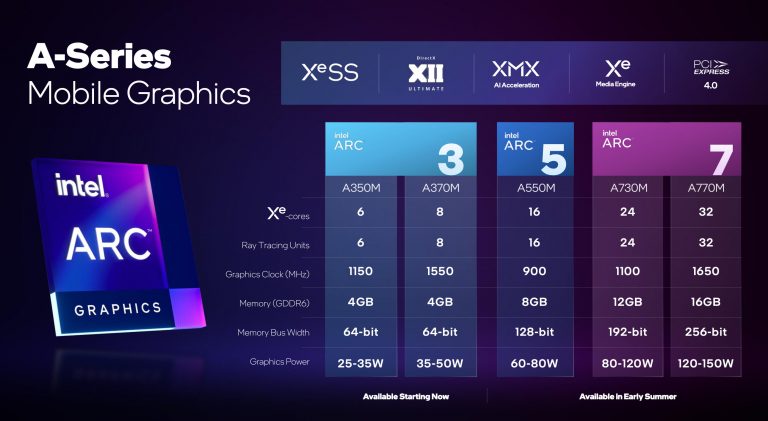 The Arc A370M is the second Arc GPU to become available soon. There is still no sign of any Arc A550M, A730M or A770M systems anywhere. Intel did confirm though that ACM-G10 based SKUs should become available in late June.