We have a new photo of the upcoming GeForce RTX 3090 graphics cards. It appears to look almost identical to the previous render that we posted a few weeks ago.

The new photo reveals the final design of the upcoming STRIX graphics cards. The triple-fan cooler just the same as the render that we posted back in July. There are, however, some minor changes, such as a replacement of the ‘3080 Ti’ faceplate with ‘Game On’ faceplate.

We now have a better look at the I/O bracket. It seems that the card is slightly thicker than two PCIe slots (2.5 slots), which is more or less a standard for the current-gen ROG STRIX series.

ASUS is set to unveil its RTX 3090 graphics card this week. The same cooler design will likely be used for the RTX 3080 graphics card as well since both share the same board and GPUs, although we were told this model below is the RTX 3090. 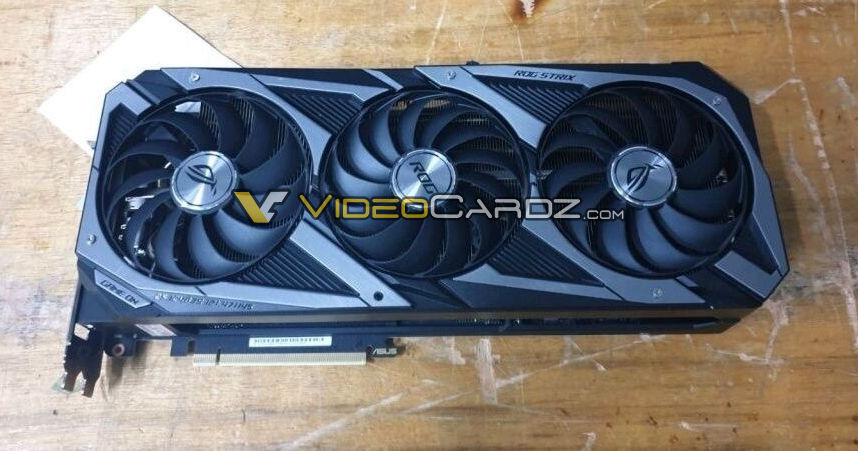