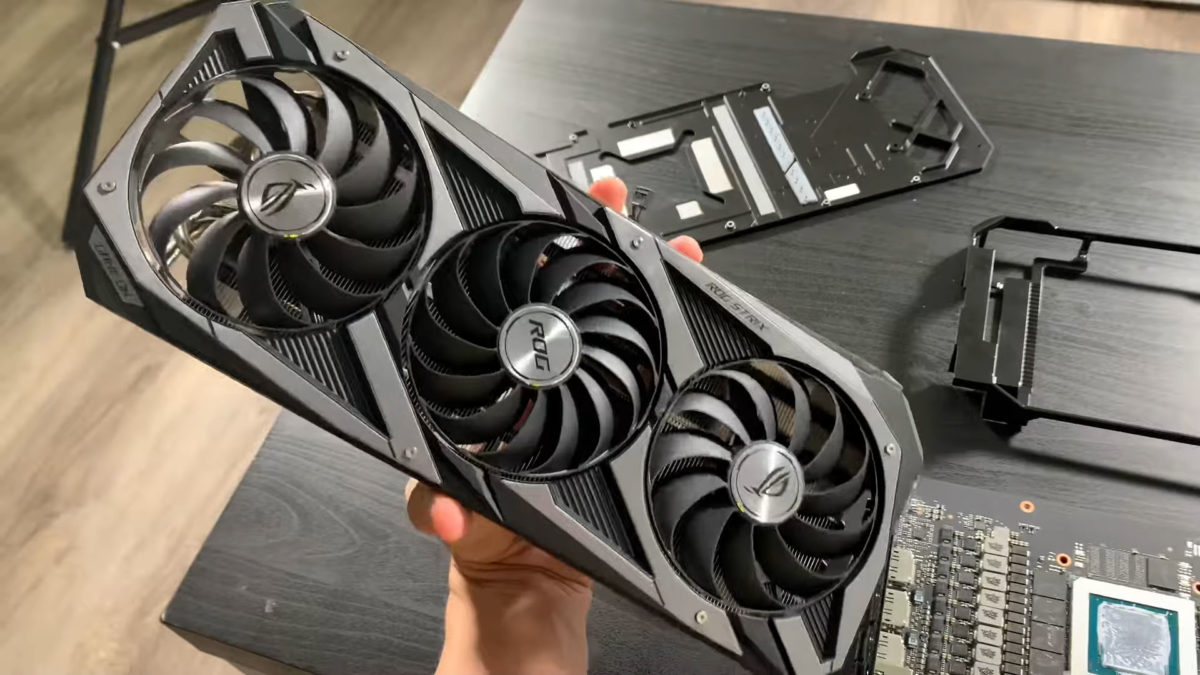 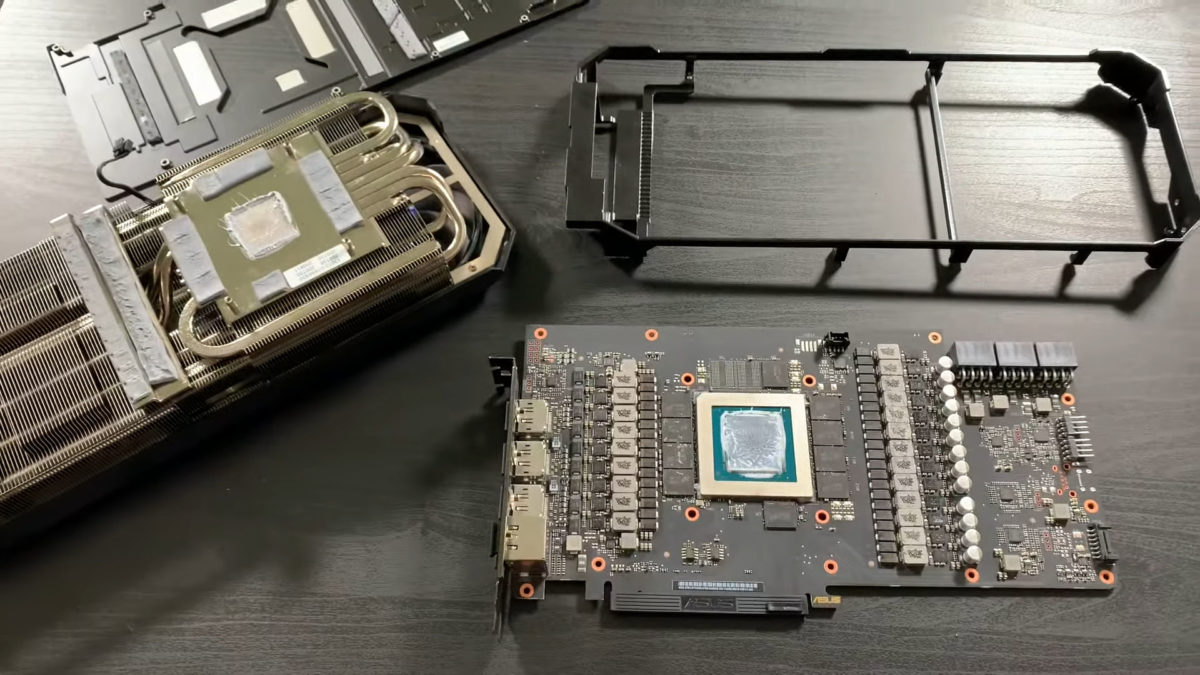 Roman ‘Der8auer’ Hartung, the extreme overclocker and YouTuber, recently visited the ASUS office where he had access to one of the first units of the ROG STRIX series. The video actually starts with the card already taken apart, so it seems Roman did not waste any time.

The card features 22 power stages tied to three 8-pin power connectors. Roman did not confirm is the sample is OC, Advanced or non-OC variant, but the RTX 3080 STRIX OC is in fact the fastest GA102-300 model on a market, with a boost clock reaching 1935 MHz. All variants are expected to feature the same PCB.

According to Juan Jose Guerrero (Technical Product Marketing Manager at ASUS), the ROG STRIX series is expected to launch next week (week of 28th). 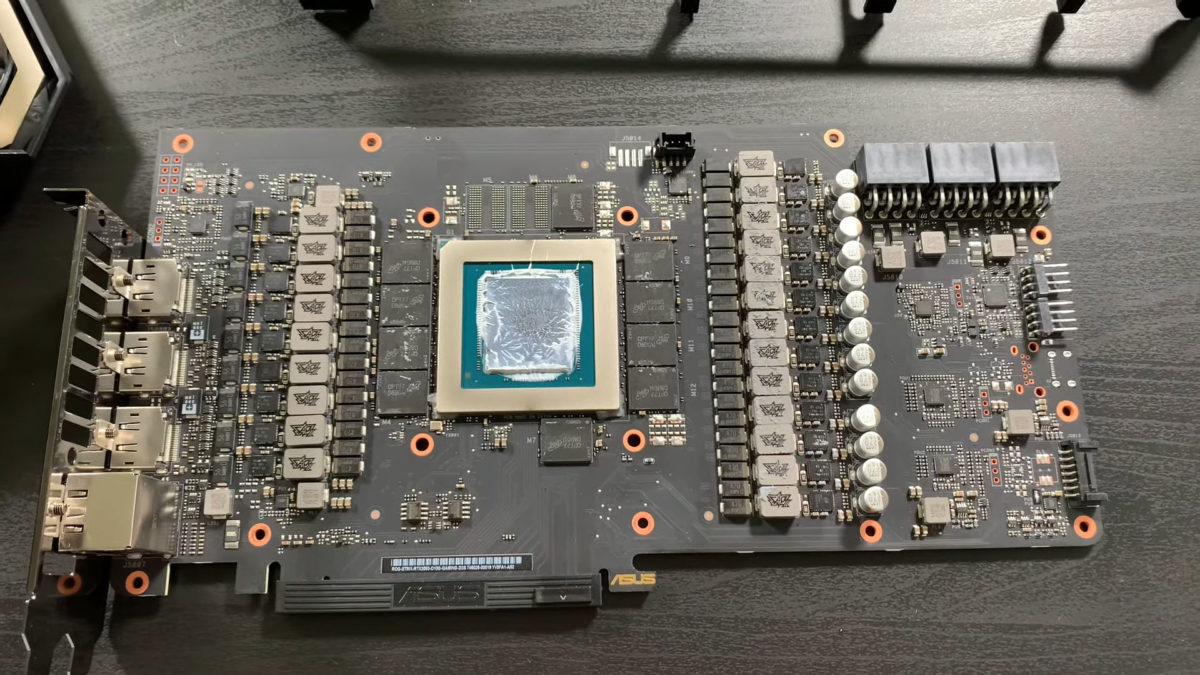 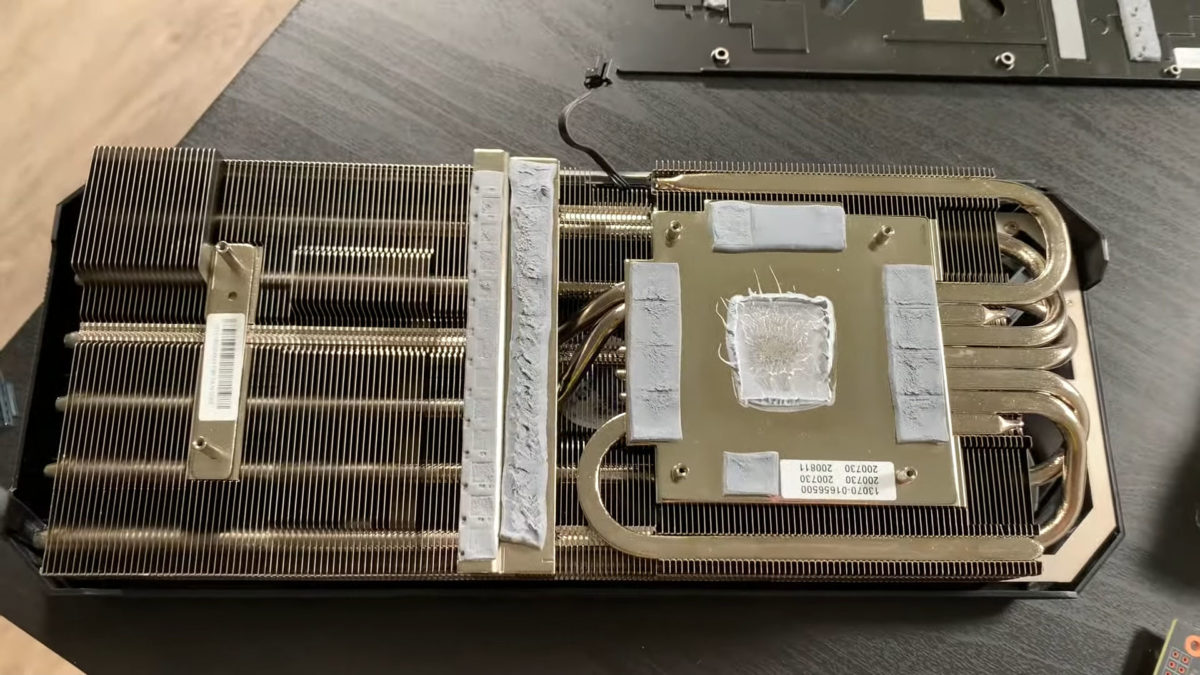 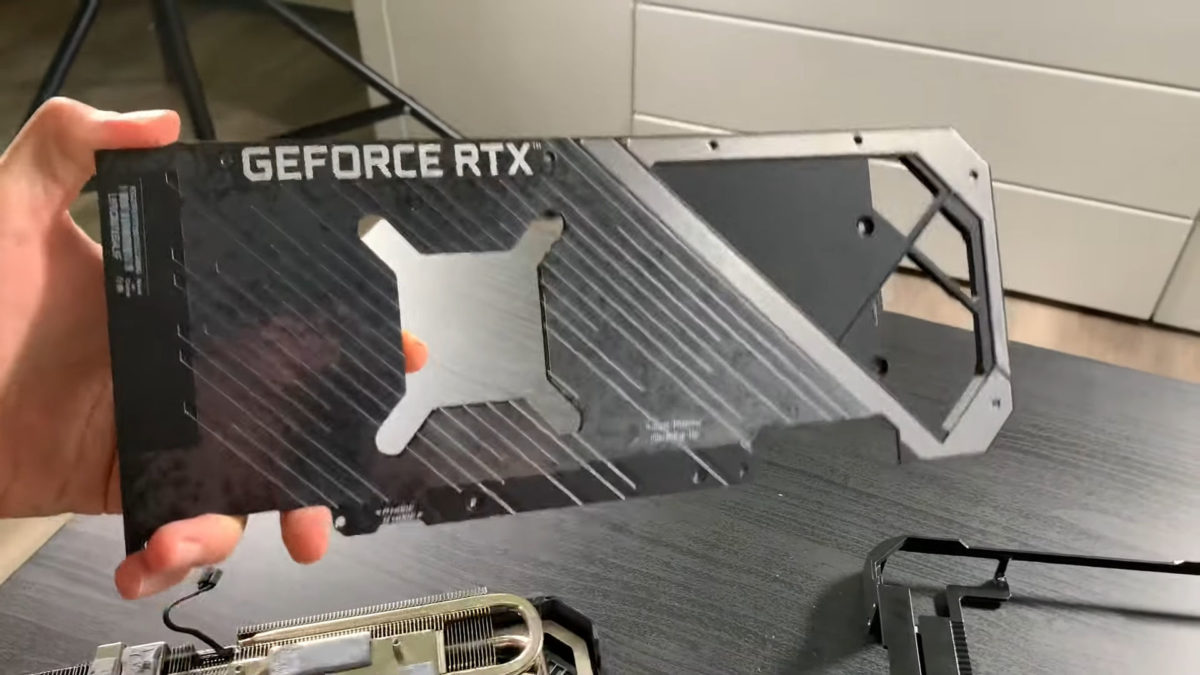 Source: der8auer via luke_action (thanks!)