Here is the first look at ASUS TUF Gaming RTX 3060 graphics card, the first RTX model to feature 12GB GDDR6 memory. The card is based on a GA106 Ampere graphics processor and is now expected to feature 3584 CUDA cores. The TUF RTX 3060 appears to feature the same cooling solution and the same PCB design as the RTX 3060 TI TUF model. 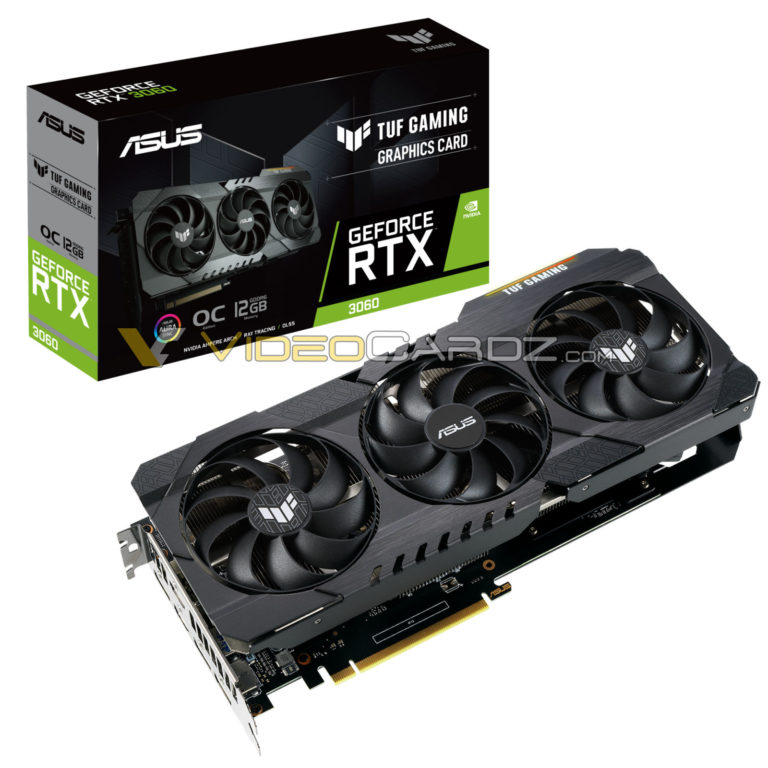 We recently received new information on the RTX 3060 specifications, which has so far not been confirmed by other sources. It is alleged that the RTX 3060 12GB will have a different GPU variant than previously reported. Basically, the GA106-400 SKU has been replaced with GA106-300, which means that both RTX 3060 12GB and ‘rumored’ RTX 3060 6GB would now offer the same specifications. The 6GB version has been delayed, in fact, some sources claim it might even be canceled.

NVIDIA has recently changed the January RTX launch roadmap, but according to the latest information, RTX 3060 12GB might launch in February, so we are not sure how to corresponds to the possible unveiling at CES 2021.