This is the first confirmation of this particular SKU. The interesting bit of information is the lack of “9” next to Renoir. So this CPU could potentially be a Ryzen 7 processor for all we know.

Based on the leaks, the Ryzen ‘9’ 4900HS is an 8-core and 16-thread CPU. Most likely featuring the highest frequency from all 8-core Renoir CPUs in mobile Ryzen 4000 H-series. The Ryzen 7 4800H is also available in an HS variant (presumably a faster version).

The ROG Zephyrus G14 will feature discrete NVIDIA graphics, the GeForce RTX 2060. Interestingly it is a Max-Q version.

The specification slide was shown in a video (which you can see find below). 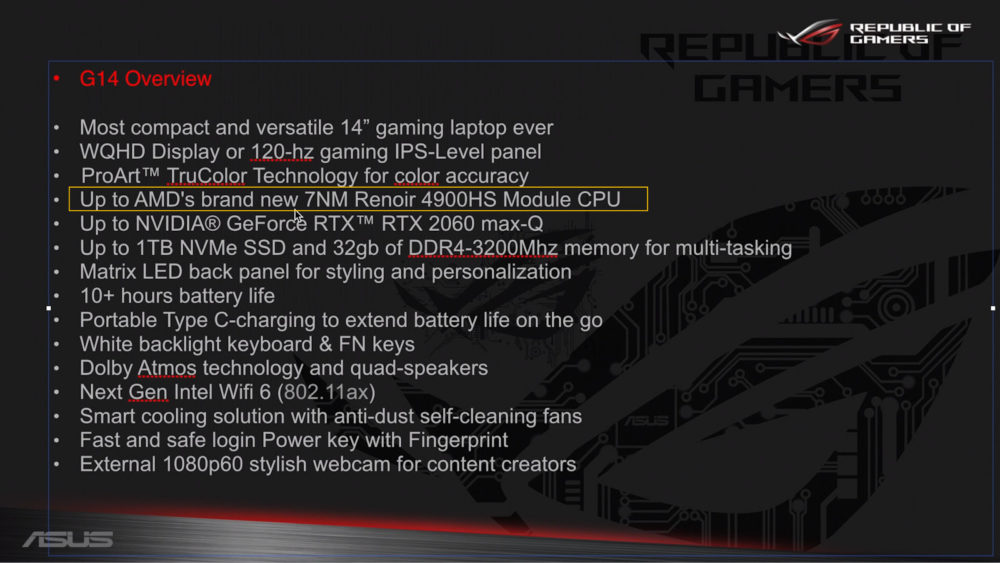