The DLVR feature may be supported by future processors, though.

Back in March 2021, we revealed that Intel is planning a new feature for its (then) upcoming Raptor Lake desktop CPUs. This feature was called DLVR, and at the time we had no info on what it stood for. Thankfully, just a few months later Intel filed a patent on this technology. The DLVR means Digital Linear Voltage Regulator, and it was a new power delivery mechanism that could improve efficiency. 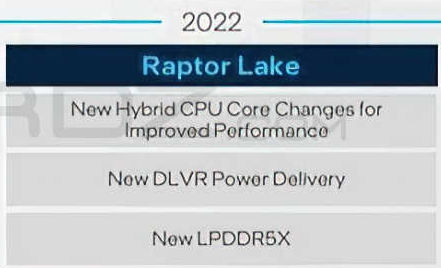 Intel explained this feature as a new implementation of a voltage regulator working in parallel with the regular motherboard power supply. This simple solution (although not entirely a new concept) would result in up to 20% better power management, and as a result higher power efficiency.

Intel 13th Gen Core CPUs have already been released and there was no sign of DLVR, even on the new Z790 motherboards. The feature was not mentioned by Intel, but it looks like ASUS left a trace of DLVR in their BIOS. A feature called “CPU DLVR Bypass Mode Enable” can be found in newer firmware supporting Raptor Lake and Alder Lake CPUs. Unfortunately, neither of the three available options appeared to make any difference for power efficiency.

ASUS in-house overclocker Shamino confirmed that this feature doesn’t work because Intel fused (disabled) DLVR on Raptor Lake processors. However, it is possible that future CPUs could still support it.

One might wonder what does the “future processors” actually means here. After all, Intel has not committed to LGA1700 longevity, while at the same time the company promotes its future “Meteor Lake CPUs”, most definitely using a newer socket. Yet, just a few weeks ago a rumor alleged that Intel might be working on a Raptor Lake Refresh. A supposed 20% power efficiency boost from DLVR would undoubtedly provide room for improvements.