NVIDIA GeForce RTX 2060 SUPER not yet super enough for laptops

The recent coverage of the GeForce RTX SUPER mobile launch by HardwareUnboxed revealed that ASUS was initially preparing for RTX 2060 SUPER model to be included in the launch. Sadly, this was not the case, as NVIDIA only refreshed two RTX models, leaving 1920-CUDA RTX 2060 without a ‘facelift’.

The RTX 2060 SUPER appears in the ASUS slide for new Intel and AMD-based laptops. The specs of the 2060S give it a 2176-CUDA core configuration, the same as its desktop variant. The clock speeds are a bit lower, as the mobile model allegedly features 1485 MHz boost clock compared to 1650 MHz on the desktop.

The major change would also appear in the memory subsystem, as the RTX 2060 SUPER would receive 8GB GDDR6 memory and a 256-bit interface. This is the same configuration as desktop.

NVIDIA has confirmed to HardwareUnboxed that the 2060S is not part of the current launch, which does not exclude a possibility of it launching later. 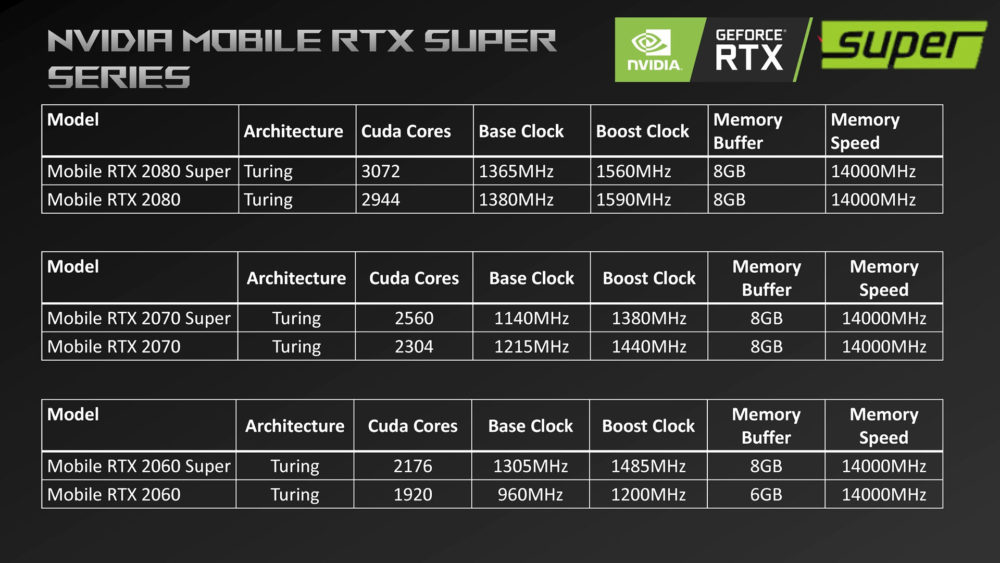