A method to increase the performance of the non-K Intel Core processor on B460 and H470 motherboards is being advertised by motherboard makers.

Technically… this is not overclocking

Yes, the non-K Intel processors will still remain, so to speak, locked. However, by adjusting the time these processors remain in an increased power load scenario, it is possible for the core clock frequency to remain higher for a longer period of time. This method is not new, it has been widely used (or some say abused) by motherboard makers for the “Z” series. However, it now becomes mainstream for mid-range motherboards as well.

The maximum power limit is defined by PL1 and PL2. The PL1 basically copies the TDP, while PL2 is the maximum allowed power limit. This value has changed for Comet Lake-Series. The Core i9-10900K has a PL2 of 250W which is a 2.0 multiplier, as opposed to Coffee Lake-S’ (9900KS) of 1.25. Intel has not released the whitepaper for Comet Lake-S yet – only a datasheet for Xeon Series has been published (attached below for visual presentation). Both PL1 and PL2 can be changed by motherboard makers.

More importantly, the duration turbo state is allowed to continue is defined by Tau. For the 10th Gen Core K-series, this value is 56 seconds. In reality, Tau is just a recommendation. Motherboard manufacturers can set this value to, let’s say, 999 and basically allow the turbo to persist for an infinite time.

By adjusting Tau, PL1 and PL2 manufacturers are allowed to keep Intel Core processors run at higher power for a longer period of time. This feature is being used by manufacturers with B460 and H470 motherboards. These are the chipsets designed for non-K Core processors (overclocking locked). It means that despite not being able to change the clock of the processor, an increased power limit will still make them run with at higher turbo frequency.

ASRock BFB technology modifies the PL1 to 125W (from 65W), while MSI’s PL1 increases it up to 255W. In MSI’s case, this essentially means all-core turbo frequency is a new base frequency. Although only two motherboards have a 255W PL1 setting. ASUS has one motherboard up to 210W, while the rest has a 125W PL1 setting. ASUS has not released the expected frequency for Intel processors when this technology is applied, but ASRock and MSI did, and this is illustrated in the chart below.

Based on HardwareLuxx chart 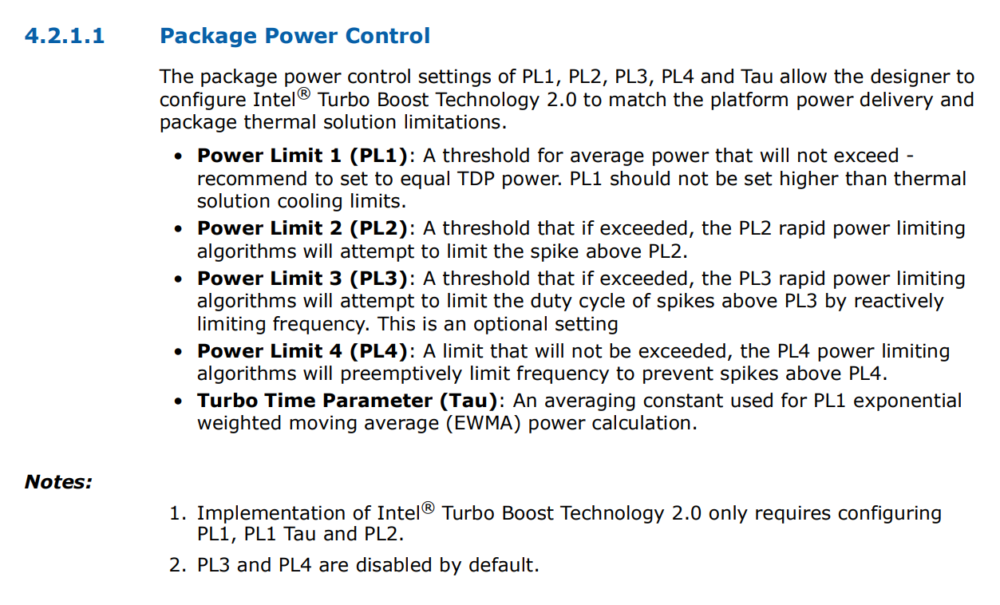 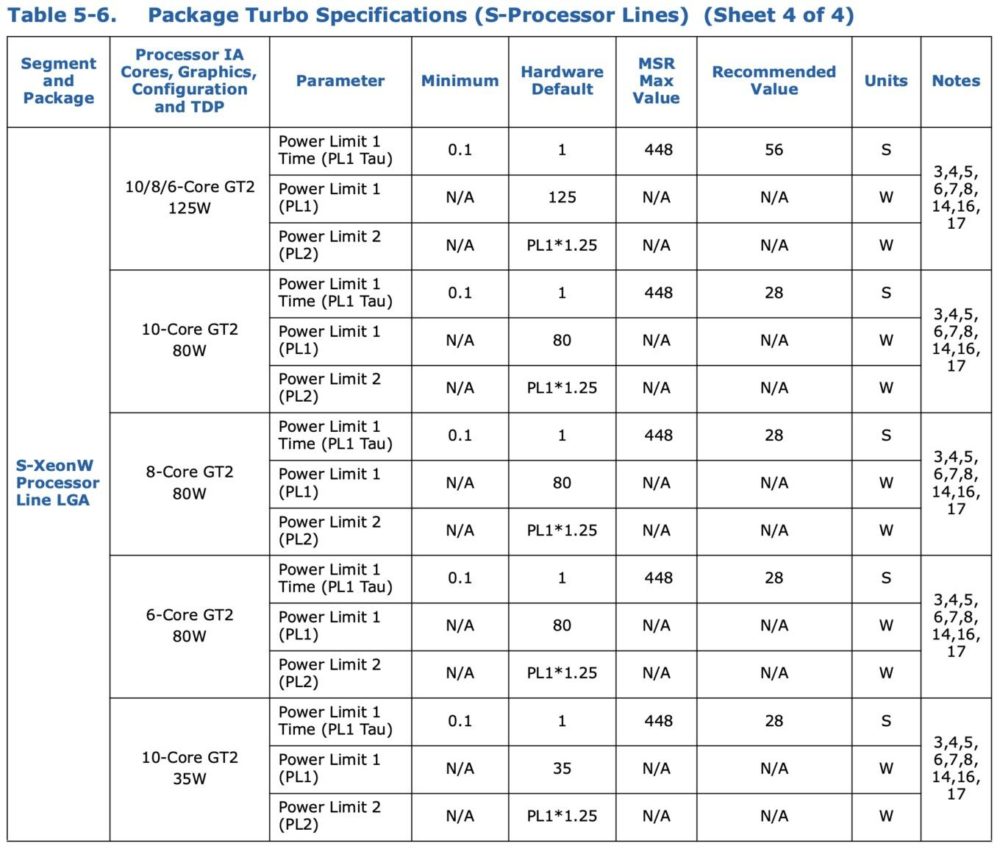 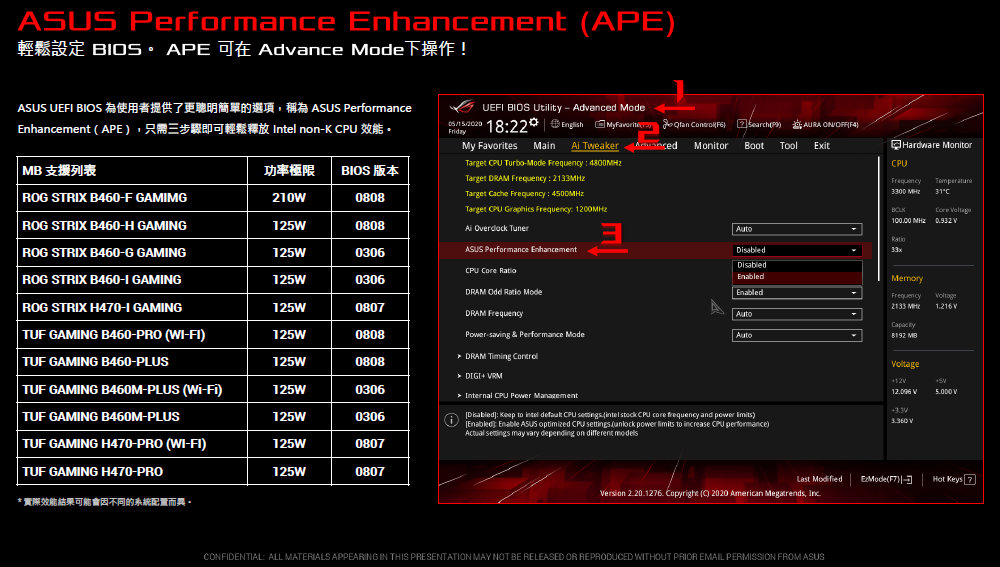 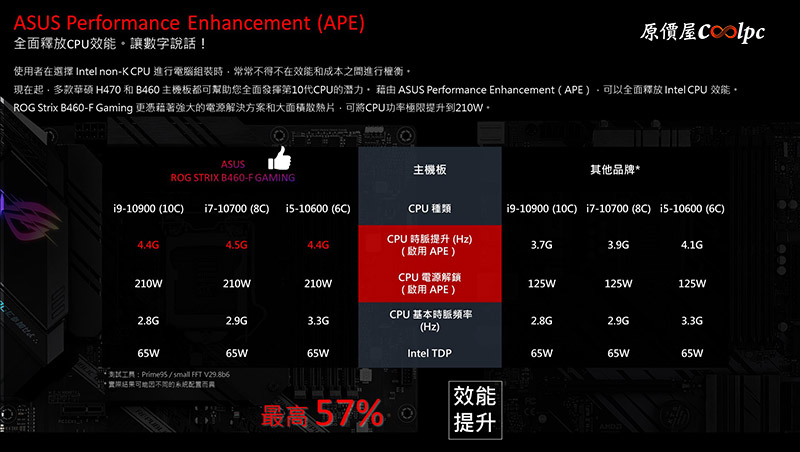 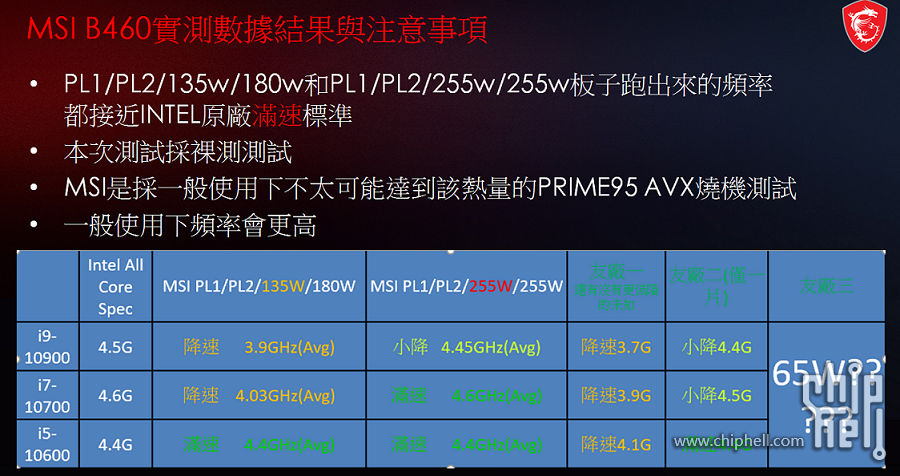 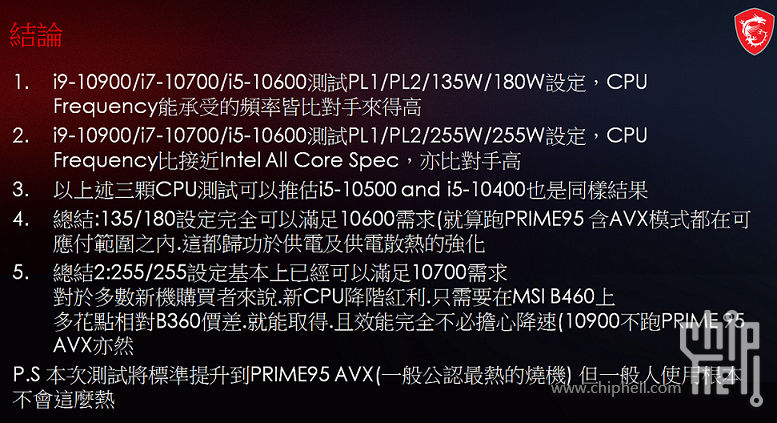 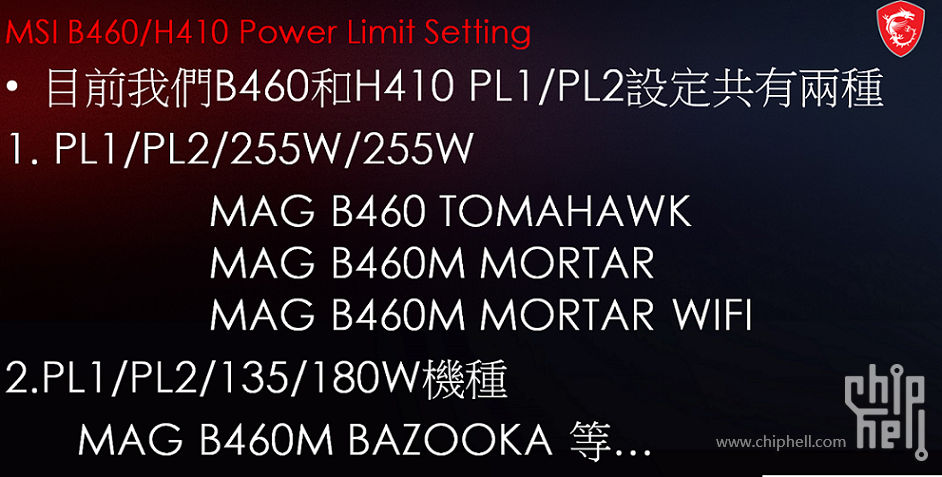