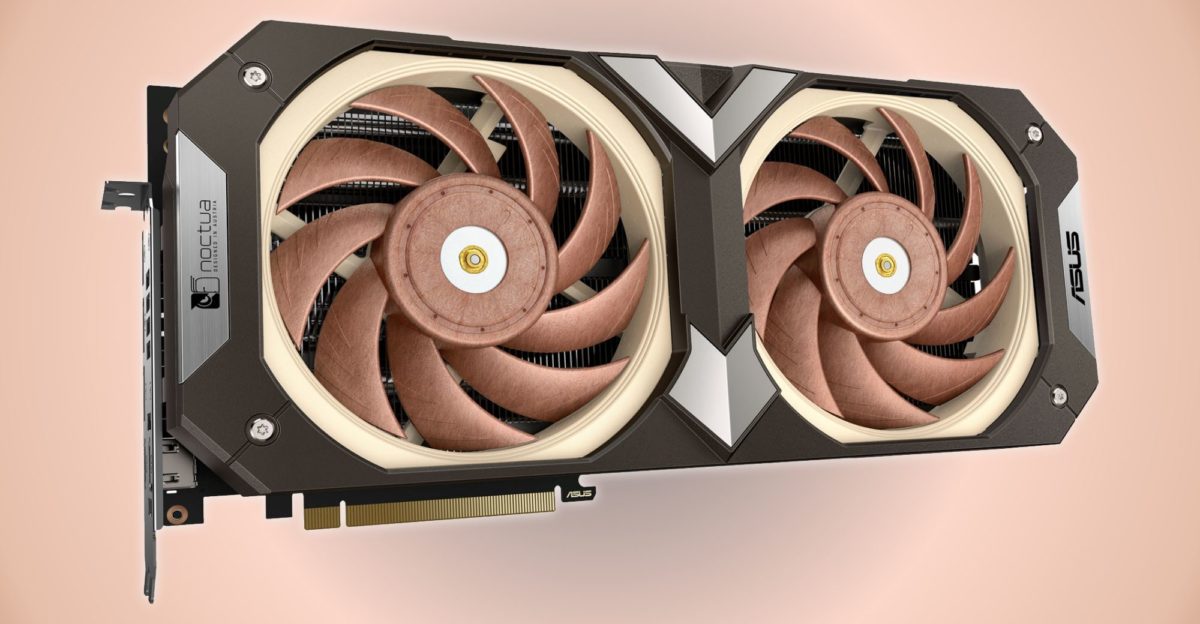 Unfortunately, the design of the card is not black as we suspected. The new Noctua GPU will utilize the same color scheme as the predecessor, a mix of brown and beige, a signature colors of the Austrian cooling company Noctua.

ASUS confirms that the new RTX 4080 model will feature the same fans as the predecessor, which is NF-A12x25 PWN fans. This card will support 0dB mode, and it should be ‘the quietest card in its class’.

The company has thus far released only one picture of the new card, but it is easy to see that the card will be at least quad-slot design (same as RTX 30 cards). There is no word on other models yet, such as the just announced RTX 4070 Ti or AMD RX 7900 variant for a change.

Update: ASUS has now confirmed that the card is 4.3-slot, and it features an improved vapor chamber: