The upcoming APU series for AM4 socket is expected very soon.

ASUS already mentions the upcoming Ryzen 4000G series in its presentation for businesses. The company has its own Corporate Stable Model (CSM) lineup of motherboards with enhanced reliability and stability for corporate use. These motherboards usually lack gaming features, but there are many models offered in both CSM and non-CSM variants, such as PRIME motherboards.

The presentation slide from a webinar “ASUS x AMD Edge to Cloud” already features Ryzen 4000 Desktop APU series, which we know as Renoir Desktop or Renoir AM4. The series feature up to 8-core and 16-thread processors paired with up to 8 Graphics Compute Units based on Vega architecture.

The Renoir AM4 series represents the first desktop Ryzen 4000 processors, although these are not based on Zen3 cores. The Renoir silicon features Zen2 cores and it has already been used in high-end Ryzen 4000H and low-power Ryzen 4000U series for notebooks. The first Ryzen 4000 desktop series featuring Zen3 cores (codenamed Vermeer) is expected to launch later this year.

The ASUS Corporate Stable Model (CSM) program is designed to provide stable motherboards to businesses everywhere. In the 16 years that the motherboard CSM program has been operating in the United States and Canada, thousands of customers and solution providers have become part of the ASUS CSM partner network — making it the most established commercial-motherboard program currently available, with CSM boards deployed across many vertical markets.

The presentation also lists various XXX/CSM variants of the entry-level motherboards likely to be A520. These are also expected to launch in the coming weeks. Previous rumors and leaks suggested that A520 will launch in August.

AMD is rumored to make announcement of the Ryzen 4000G series very soon. AMD is also expected to launch its B550 motherboards on June 16th. Rumors have also suggested that Ryzen 3000 XT series may be formally introduced around the same time. 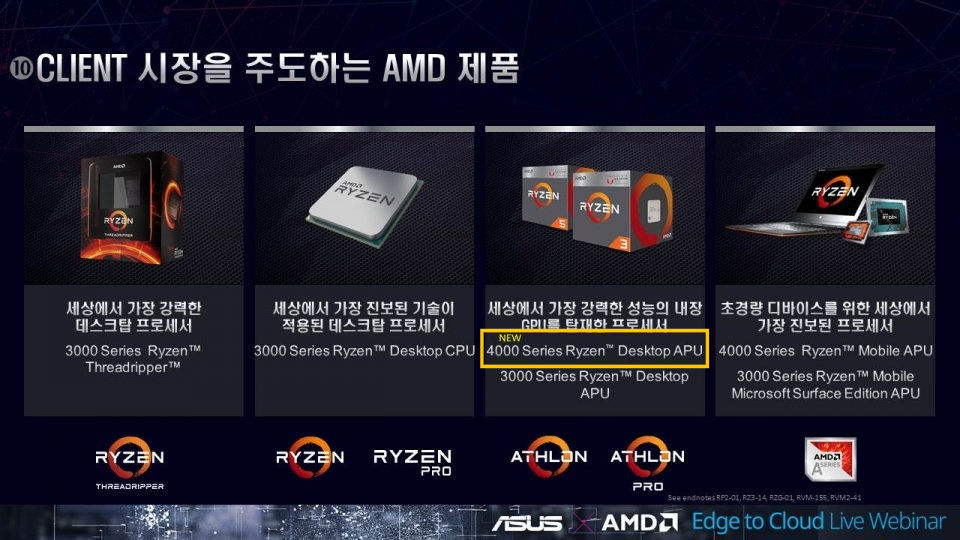 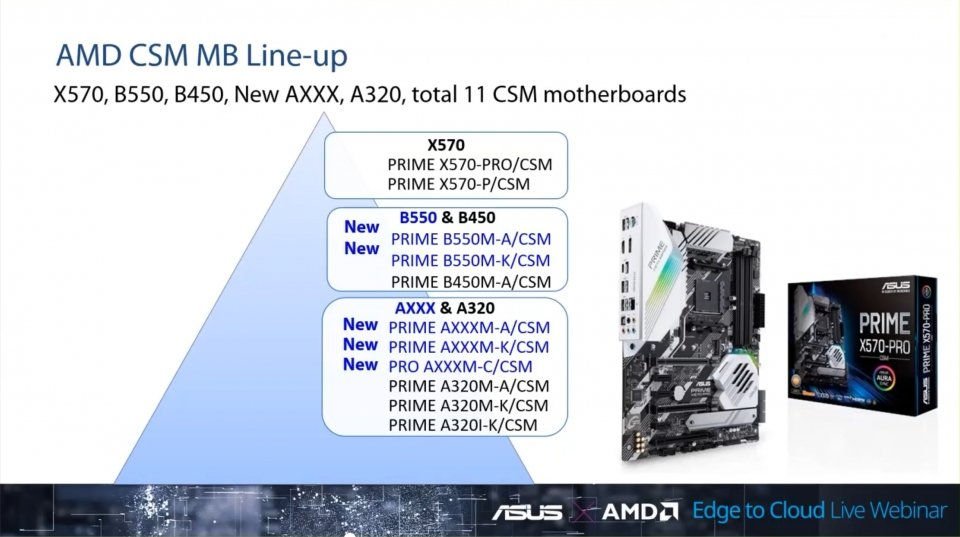