In today’s episode of ASRock leaks: the Z490 motherboards.

In the latest ASRock Polychrome Sync application (version 2.0.45) you easily find references to yet unreleased motherboards based on Z490, H470, and W480 chipsets. These are the 400-series boards featuring LGA1200 socket for Intel’s Comet Lake-S CPUs (aka 10th Gen Core-S).

Interestingly, the Creator motherboard is not launching on the Z490 chipset, but W480 instead. The W480 is a new addition to mainstream desktop series, expected to be for workstation systems.

The list also features H470 Steel Legend and H470M ITX AC. There is no sign of the Extreme series. 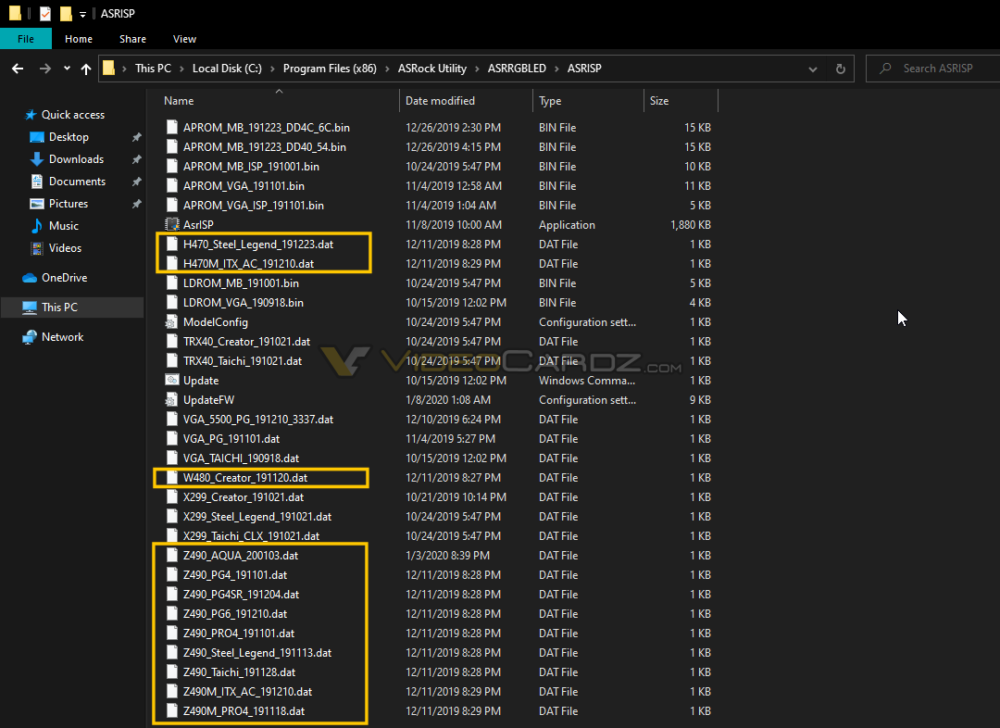