The RX 6900 XT OCF appears to be using triple 8-pin power connectors, which is actually a very common configuration for custom RX 6900 XT models. The graphics card features a triple-fan and triple-slot cooler. The heatsink is actually quite massive and it covers the length of the whole graphics card.

This RX 6900 XT graphics card will represent the top-tier in the ASRock lineup. It is likely going to be overclocked higher than any other model currently offered by the manufacturer. 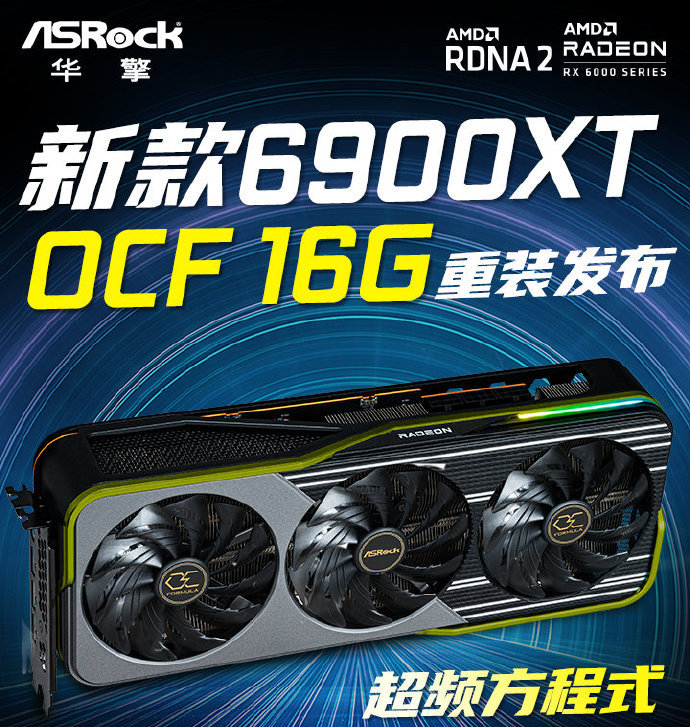