The Phantom Gaming D3 is equipped with three DisplayPort 1.2a connectors and one HDMI 2.0b. There is only one 8-pin power connector, so this is a distinctive feature compared to RX 5700 Phantom (which has two connectors).

The PCB is much shorter for RX 5600 XT, but the card itself is 29cm in length. Check the chart below for full specs. 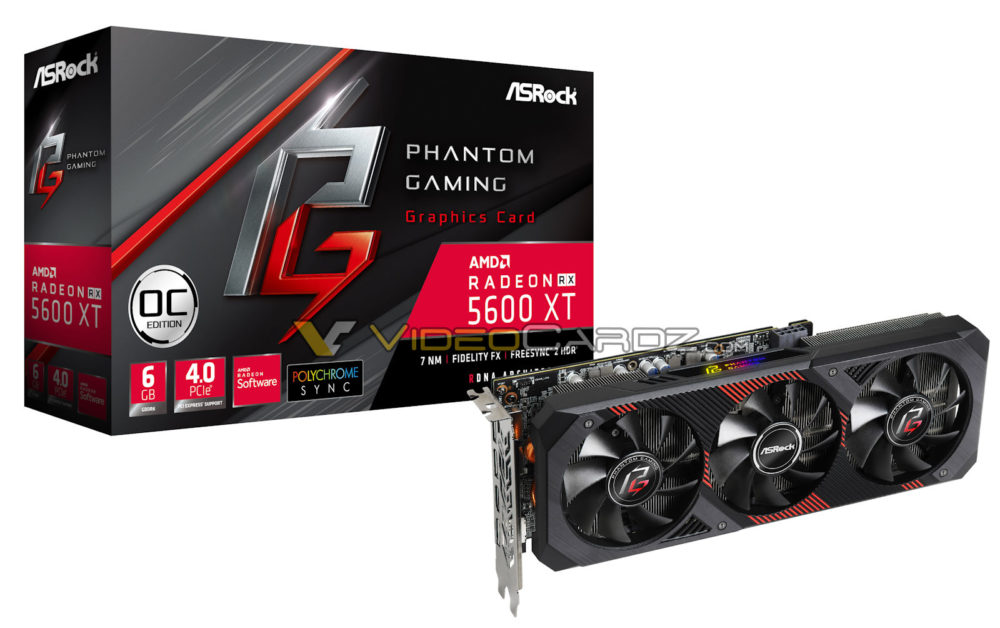