In terms of clock speeds, the RX 5600 XT Challenger is factory-overclocked to 1235/1460/1620 MHz (base, game and boost clock respectively). The base and boost may reflect reference model specs, while the gaming clock is likely affected by ASRock’s in-house overclocking.

There are also some rumors that RX 5600 XT may feature Navi 2x processor, based on refined RDNA architecture. Even ASRock lists the GPU as ‘2nd Gen 7nm GPU’, although this line does not refer to Navi 2x. It is simply how ASRock refers to all Navi graphics processors (1st Gen 7nm being Vega 20 – Radeon VII). 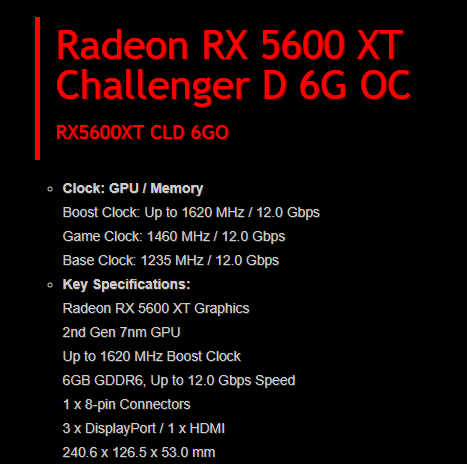 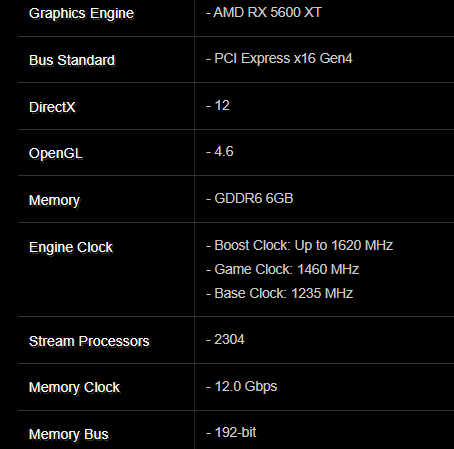