Do you love leaks? ASRock has you covered.

We know about at least five other models, such as Fatal1ty Gaming K4 and K6, Master series and SLI Xtreme. 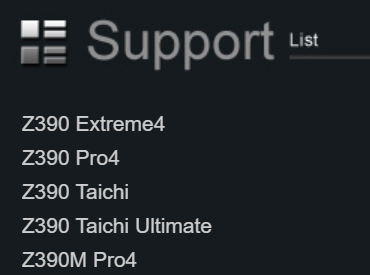