Apple’s just-announced and most powerful small-factor desktop computer has been taken apart by Max Studio.

The full teardown of Mac Studio has shown how big Apple’s newest silicon called M1 Ultra really is. This Multi-Chip-Module contains two M1 max dies attached to each other using UltraFusion technology. What is important to note is that this ultra-large package also contains 128GB of memory. Unfortunately, the silicon dies are not visible during the teardown because the whole package is covered by a very large integrated heat spreader. 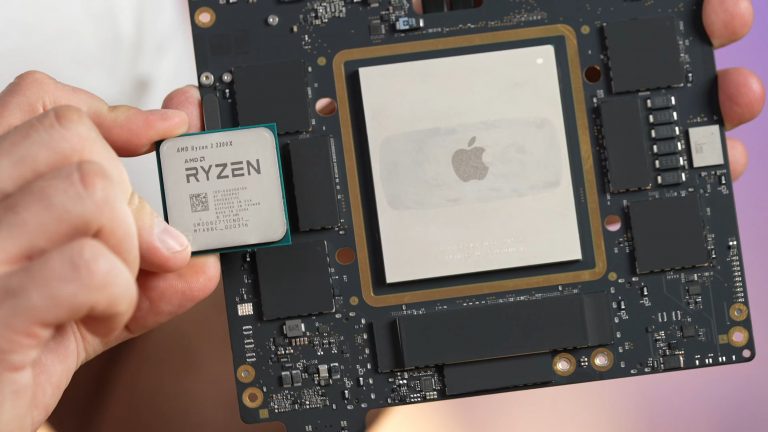 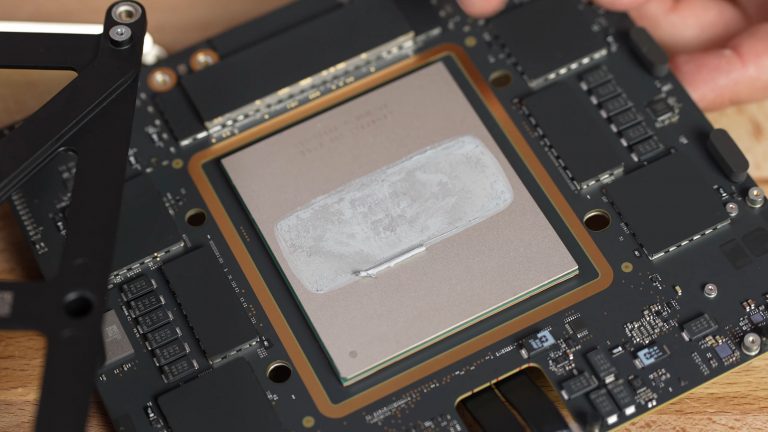 The M1 Ultra features two 10-core CPUs and 32-core GPUs. The whole silicon offers 114 billion transistors in total. According to Apple benchmarks, the system should compete with high-end desktops featuring RTX 3090 graphics. While the system is indeed powerful and has strong performance in video encoding, it is still no match for desktop GPU in raw synthetic or gaming workloads as shown in the first tests. 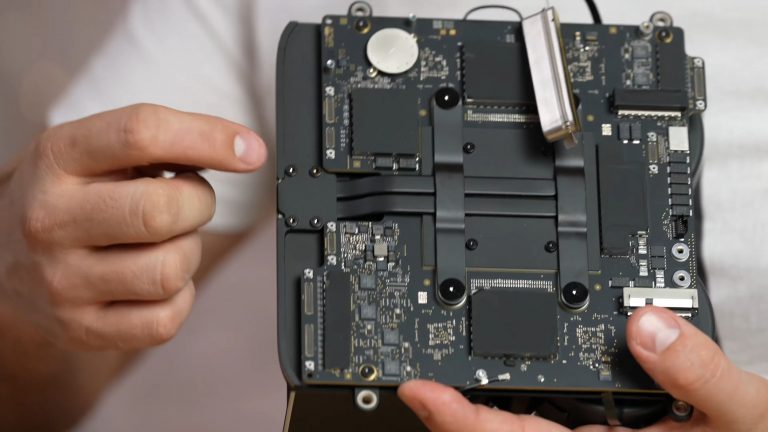 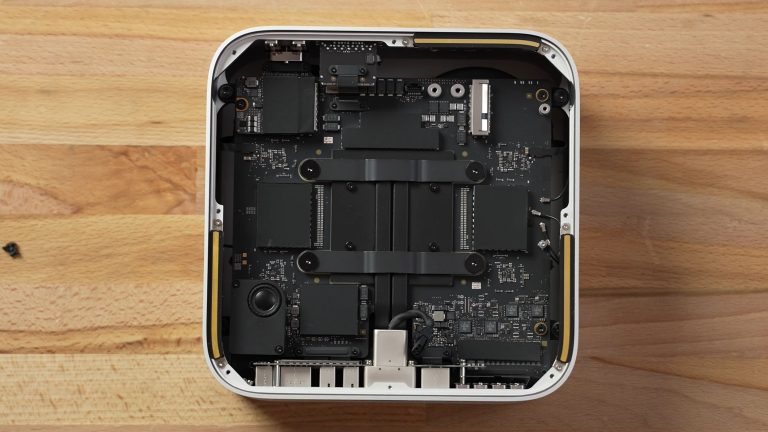 The Mac Studio system features multiple layers of PCBs, it’s a densely packed system that was not designed with upgradeability in mind, however the maintenance by a certified service should not be a problem.

The cheapest M1 Ultra based system costs 4,000 USD and that’s a 64GB version with limited 48-core GPU. A full-spec M1 Ultra system is currently listed by Apple for 5,800 USD. 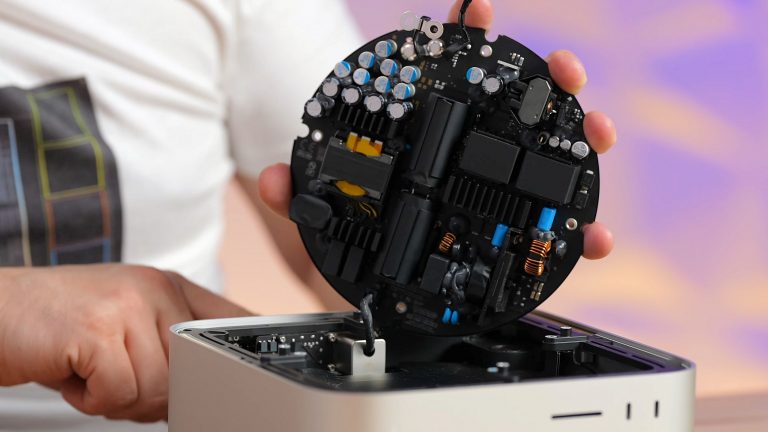 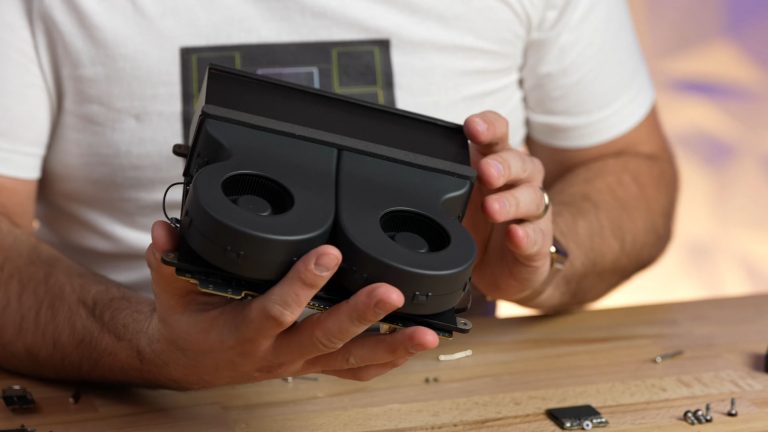