It was previously reported by Bloomberg that Apple may have plans for an expensive VR headset before the company fully focuses on Augmented Reality glasses. A new report claims that those mixed-reality glasses may cost up to 3K USD.

According to The Information, Apple is already developing a headset that would require no special input devices, it would only rely on the eye, gesture, and movement tracking. A drawing of a proposed device has been shared by the media: 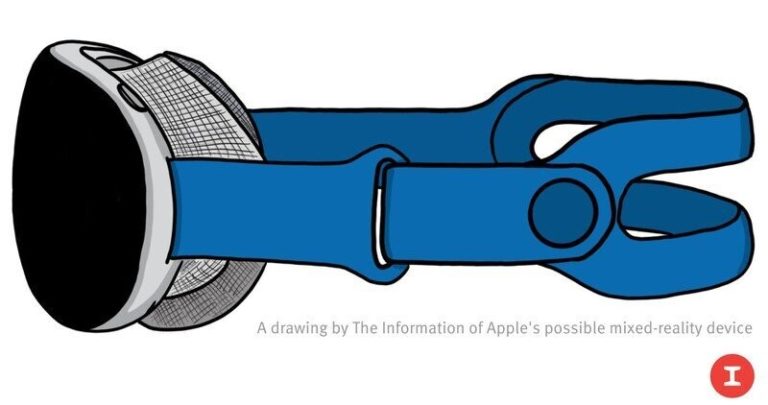 It is reported that the glasses would feature 8K resolution per eye. This resolution would not be applied at all times, instead, the device would automatically adjust the resolution depending on where the user is looking. This would be achieved using eye-tracking technology. Such a solution known as “foveated rendering” would increase the performance and battery lifespan of the device.

The rumored 8K Apple headset would feature LIDAR sensors for room ramping. This is similar technology to the one already being offered with iPad Pro or iPhone 12 Pro.

The device is rumored to be equipped with an Apple M1 chip, however, the company is already developing numerous in-house ARM-based chips, so there is a chance that the company may also be working on a custom chip specifically for this device.

Apple 8K headset is expected to hit the market in 2022. The device would cost 3000 USD, which would be significantly more than other standalone VR headsets such as Oculus Quest 2 (priced at 299 USD).