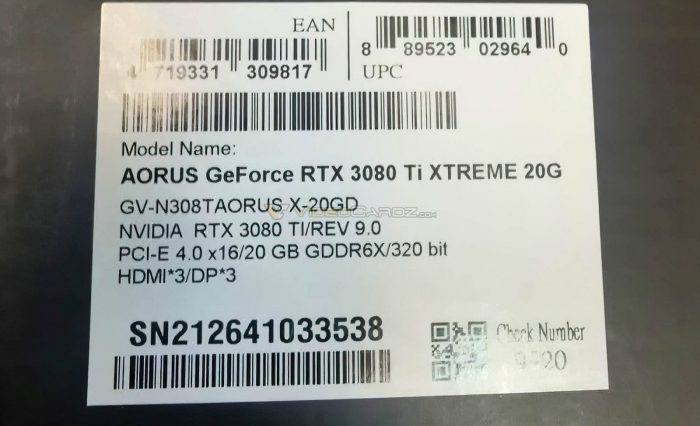 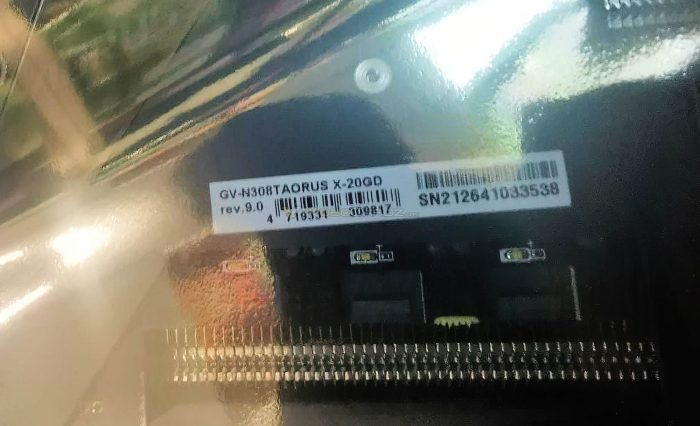 As it turns out, some of the originally manufactured RTX 3080 Ti 20GB models might have reached distribution centers, at least their packaging might have. We received four photos from Alex, our reader from Russia, who found multiple RTX 3080 Ti graphics cards from Gigabyte. The cards are branded AORUS XTREME (GV-N308TAORUS X-20GD), which is the same product code that appeared in the first EEC leak. 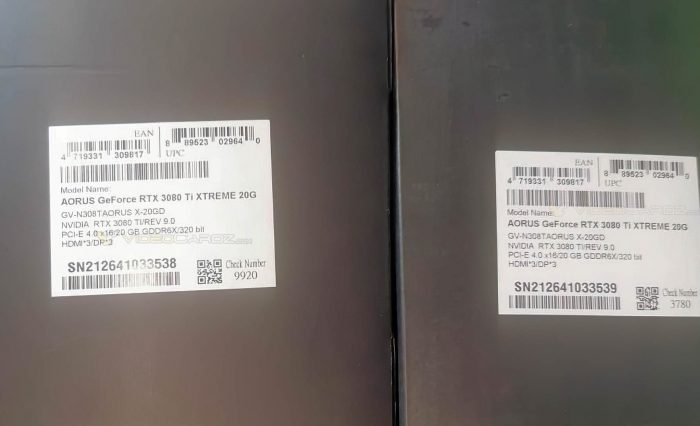 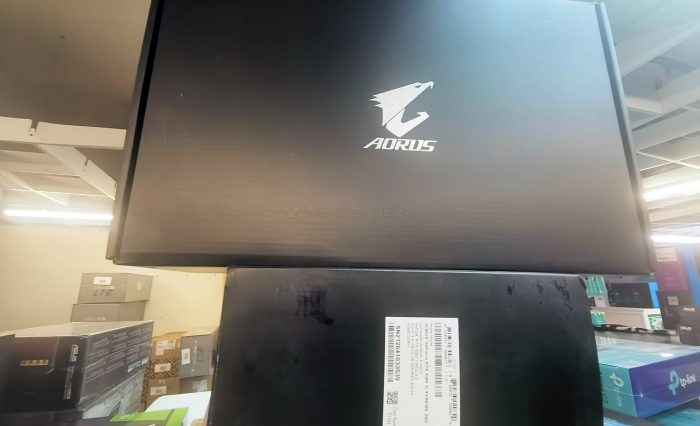 The labels and stickers are located on both the packaging and the card itself, but it is unclear if the graphics card is physically equipped with 20GB of memory. Unfortunately, Alex has not responded to any of our emails after sharing the photos. Our belief is that Gigabyte simply reused already printed boxes for a late shipment, possibly as a mistake.

Many thanks to Alex for the photos!