The Chinese market of handheld gaming consoles is growing. 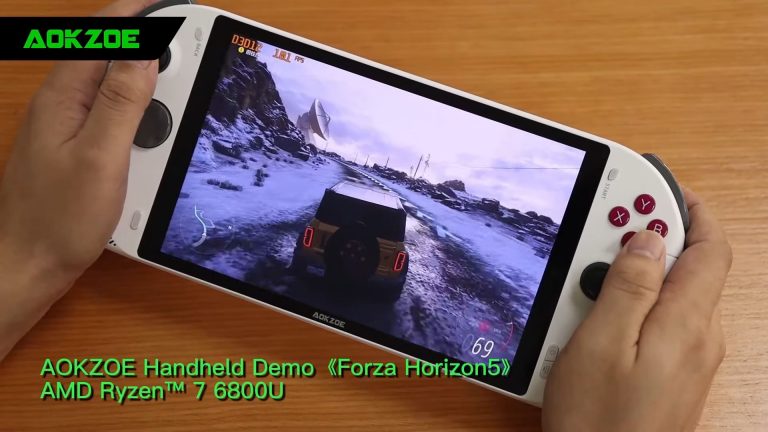 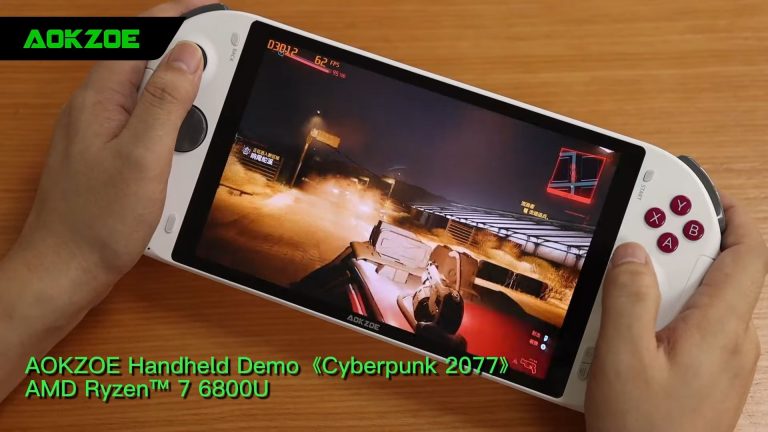 AOKZOE apparently have their own console with Ryzen 6800U processor from AMD. This is the latest mobile APU with 8-core Zen3 x86 core and 12 core RDNA2 integrated graphics. Multiple designs have already been announced with Ryzen 6800U, but the video teaser from the AOKZOE is one of the first gaming demos showing this APU in action for this form factor.

The company provided a short video with gameplay from Forza Horizon 5, Cyberpunk 2077, Elden Ring and Monster Hunter World. Unfortunately the video lacks details on the game setting and gameplay resolution is not mentioned, however Windows 11 screen appears to be at 1920×1200 resolution.

In Forza Horizon and Monster Hunter the APU delivers over 100 FPS, while Cyberpunk and Elden Ring around 60 FPS. That’s definitely good performance for such a low power device and this framerate may go even higher when we consider potential gains from FSR/RSR technologies. 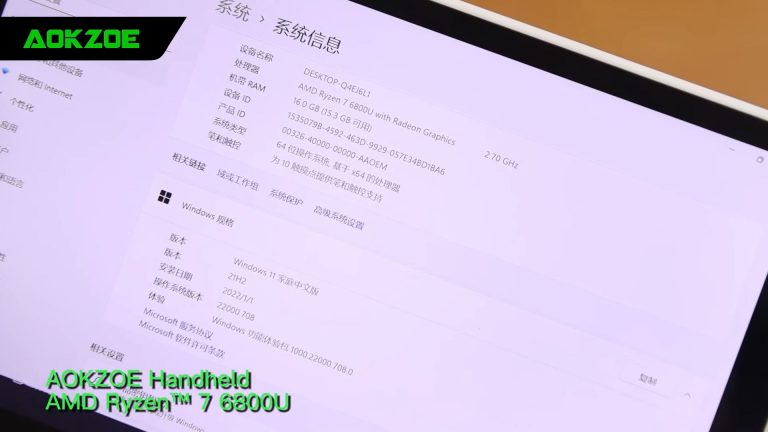 The console is supposedly launching this autumn and the company is now looking for beta testers on Chinese media platforms. From those who comment and forward the video, AOKZOE will randomly select a winner for ‘AMD YES’ exclusive pillow. 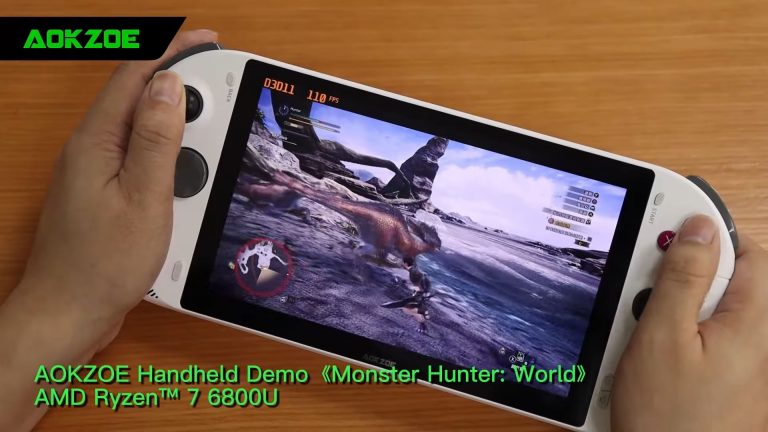 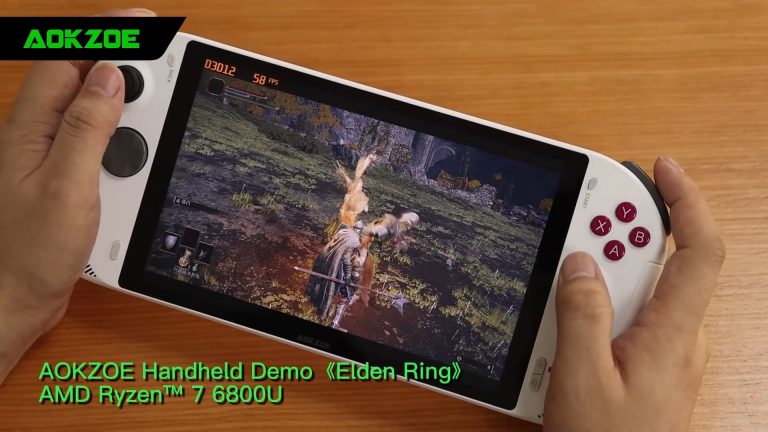 AOKZOE will join the ranks with AYANEO, GDP, AYN, OneXPlayer and Valve. All these companies will have (or already have) AMD RDNA2 powered gaming consoles.