We received photos of yet another mining card based on AMD RDNA2 architecture.

One of our readers has shared three photos of supposedly a new mining card that AMD is currently working on. The card is clearly branded with the XFX logo, which means we might have another cryptomining card from this company. Just last month there were photos circulating around the web featuring nearly identical designs. Those cards were only seen in Vietnam so far.

The new set of photos are supposedly from China, but no further information was provided. We can see that the card has no fans, which means it is a passive design for server installations. 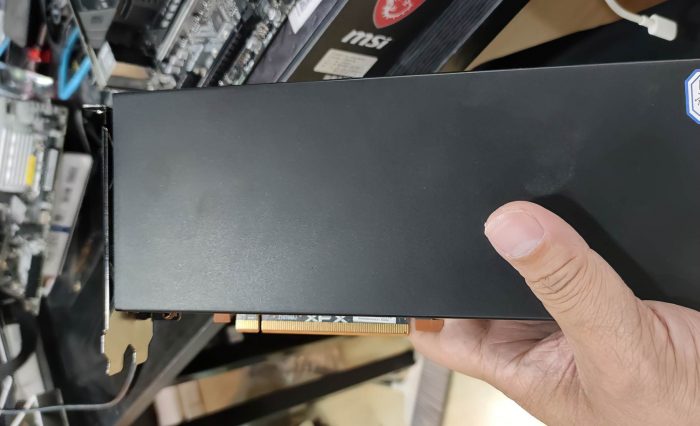 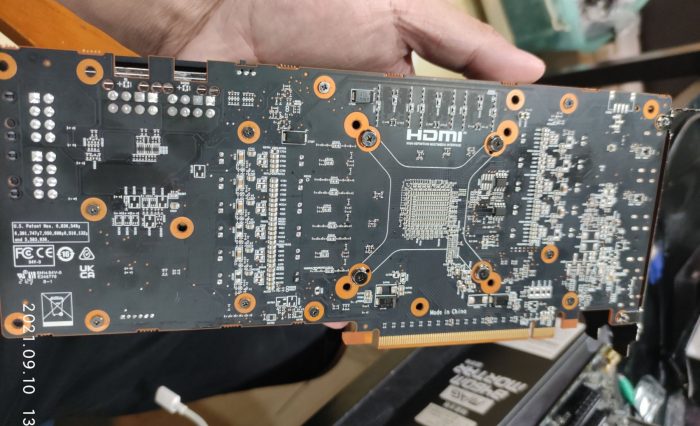 The specifications provided by the GPU-Z software are very interesting indeed. It seems to have the same specifications as Radeon RX 6700M (mobile) which is Navi 22 GPU (Nashira Point) with 2304 Stream Processors and 10GB GDDR6 memory across a 160-bit interface. However, being a desktop card, one would rather assume this is the unreleased Radeon RX 6700 non-XT, which clearly was expected by board partners, but with a different memory configuration. 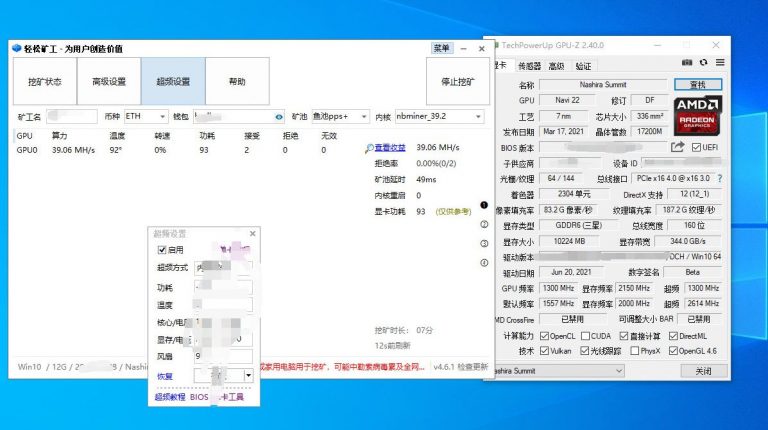 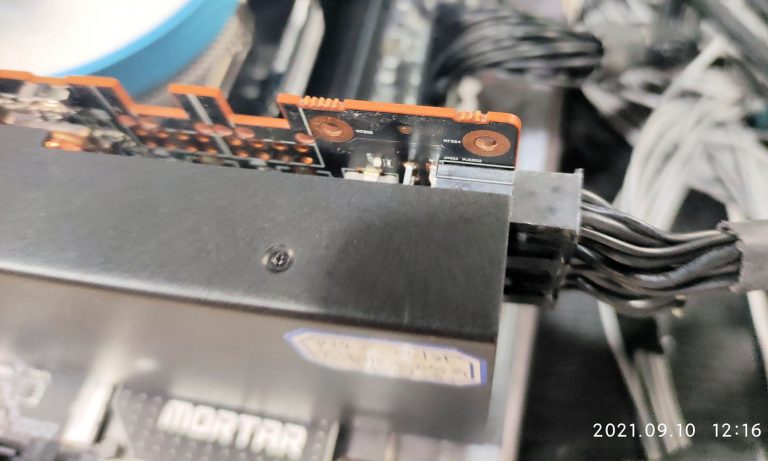 We assumed that the card might actually be identical to the previously leaked XFX mining card, but there are some differences, such as the capacitor layout. It’s either XFX reusing its RDNA2 Radeon card designs for mining, or there are actually different models planned.

Many thanks to Alexey for the photos!