The new Threadripper series may not be available to all customers considering the price and that they are technically for ‘workstations’.  But this did not stop Taiwanese overclocker TSAIK from obtaining the flagship “Chagall PRO” processor and MSI workstation WRX80 motherboard for a new OC world record attempt, with success, one should add. 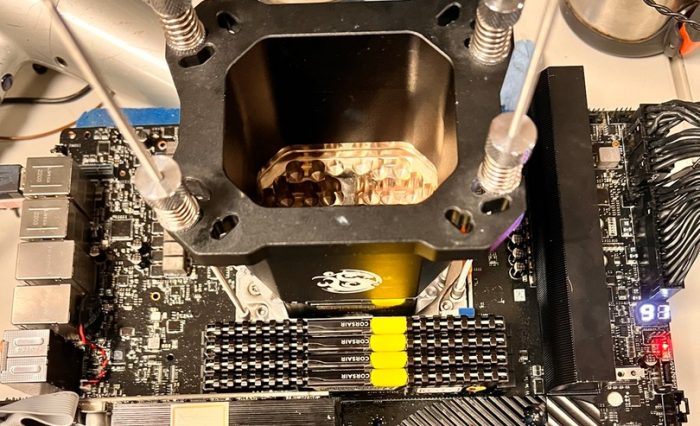 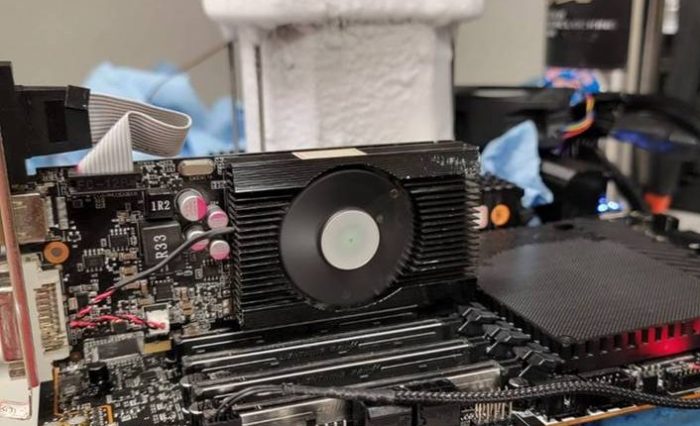 The Threadripper PRO 5995WX is a 64-core CPU based on Zen3 architecture. This is the latest Threadripper CPU that has no ‘consumer’ non-PRO version. This means that any potential buyer not only needs a WRX80 motherboard (which is not cheap), but also needs to pay 6,499 USD for the 5995WX CPU (official retail price).

This does not even account for the 128GB DDR5-3200 memory, power supply or the LN2 cooling that was used for this overclocking attempt. At least the GPU was cheap, because a passive GeForce GT 640 was used. 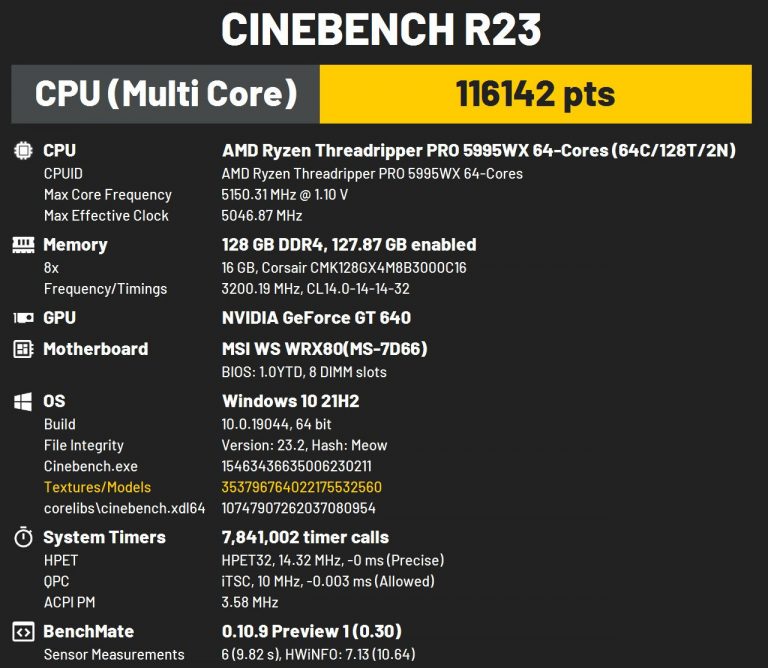 According to the HWBOT entry, such a system with 5995WX CPU overclocked to 5.15 GHz scored 116142 points in Cinebench R23 multi-thread test. This is currently the highest score in HWBOT ranking, outclassing the previous world record of 105170 points with TR 3990X CPU. 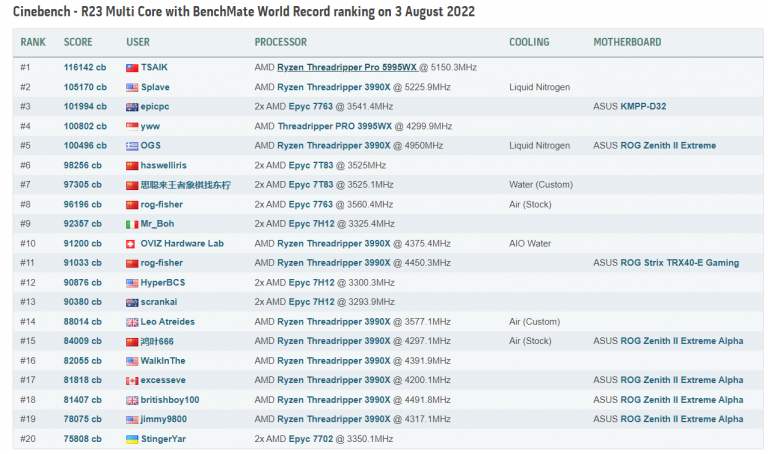 The 100K points barrier has already been broken a few times before and each time it was AMD CPU. In fact all 20 position in the ranking below to AMD Threadripper or AMD EPYC CPUs.