It seems that the supposed launch of RX 6400 graphics card for the DIY market is a bit sooner than expected.

A known leaker@momomo_us discovered that multiple RX 6400 cards are already on sale in China and other regions. It appears that all of these cards are custom. Specifically there is an MSI AERO ITX model as well as a relatively unknown Chinese brand TAA now on sale.

The MSI model is listed on two sites for either $51,500 or $48,213, however, ‘momomo’ does not explain where are those retailers located and there are a number of Spanish-speaking countries using dollar sign for their currency. However, what this leak tells us is that at least at one retailer the card is ‘in stock’.

Update: We were told that those listings are from Argentinian stores, therefore the converted price to USD is 443 to 461 USD. However, those prices are inflated by local retailers. Furthermore, there is a report from MyDrivers that the RX 6400 should cost 1500 RMB, which is around 235 USD.

One of the retailers not only listed the new card, but also shared a GPU-Z screenshot featuring all the card’s specs. From this, we learn that the card carries almost the same specs as the OEM variant released in January, with ‘Game Clock’ of 2039 MHz and boost of 2321 MHz.

Interestingly, it would appear that the memory speed is reduced from 16 Gbps (2000 MHz) to 14 Gbps (1750 MHz) for this particular card. Official RX  6400 specs are 16 Gbps, which either means that some custom cards will feature reduced speed, or this is simply an issue with this model. 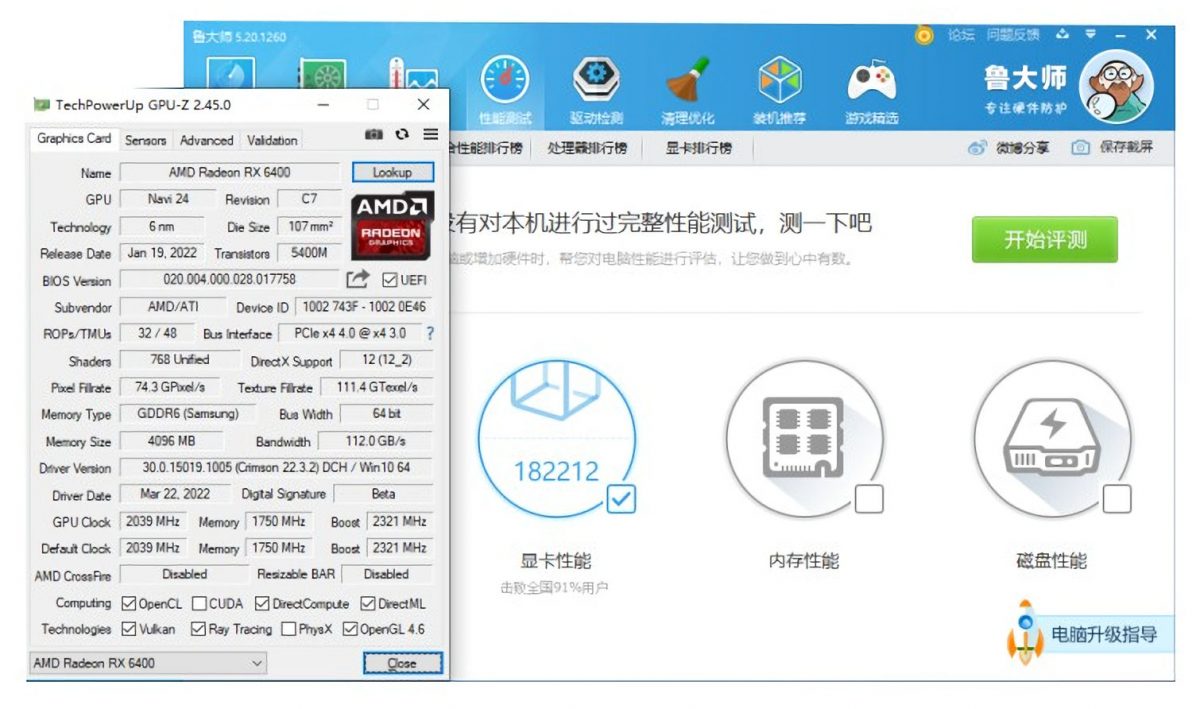 In case you are wondering about the benchmark visible in the screenshot, that’s Ludashi all-PC test. We do not recommend installing this software though as it is very hard to remove and generally speaking not very popular outside China.

With the card on sale nearly 3 weeks ahead of planned launch, one might assume that this is not an official embargo lift just yet, but rather individual retailers quietly trying to get rid of their inventory.