Phoronix Test Suite is a testing and benchmark platform supporting various tests and operating systems. It’s a comprehensive set of tools where companies can automate their testing process, either to verify stability or product’s performance. Those results can later be uploaded to OpenBenchmarking website, where one can find interesting results, including those of pre-production samples.

One of such devices that was tested is an engineering sample of AMD Ryzen 7000 CPU, codenamed Raphael. The OPN code of 100-000000666 actually matches the code that we saw in late January. It’s an 8-core and 16-thread Zen4 processor that supposedly boost up to 5.21 GHz, as reported by the software. The processor has been running on Splinter-RPL reference AM5 platform for next-gen Ryzen CPUs: 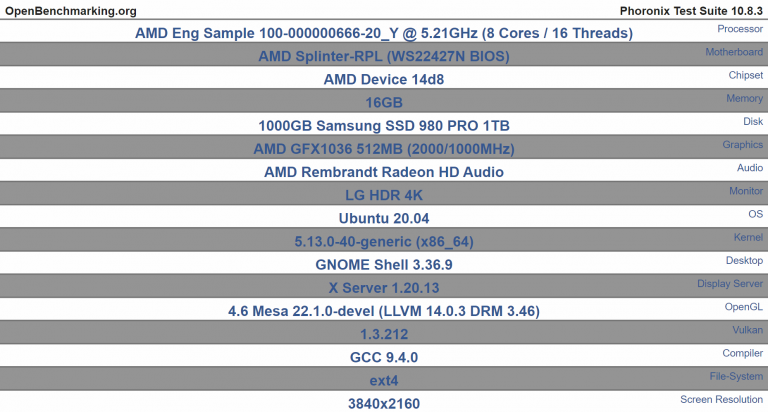 More importantly, we now have the ID of the Zen4 desktop CPU’s integrated graphics. Here’s a reminder that Raphael will be the first mainstream Ryzen platform to feature integrated graphics. Thus far, this has been a domain for mobile Ryzen APUs, some of which were later re-released as desktop G-series. The Raphael CPUs will go exactly the opposite direction, by debuting on desktops and later going to mobile devices, as high-end gaming 55W CPUs codenamed “Dragon Range”, or so it is rumored. Essentially, this is what happened with Alder Lake-S silicon, now available for HX mobile enthusiast series.

The Raphael’s integrated graphics carry an ID of GFX1036, which is part of the same GFX1030 branch as Beige Goby, Yellow Carp and Van Gogh, all of which are RDNA2 iGPUs. This is why iGPU’s Radeon Audio controller is detected as “Rembrandt”, a codename for Ryzen 6000 mobile series.

As for the actual tests, those were clearly not the full ran at full GPU speed. Currently, they are on par with some old integrated GPU solutions, definitely nowhere near Vega/Xe-LP level or even Van Gogh’s (Steam Deck iGPU). However, it should be noted that Raphael’s iGPU is not meant to be gaming-capable. Those graphics are a companion for powerful Zen4 CPU cores, with the main purpose of being a display controller or basic media decoder. 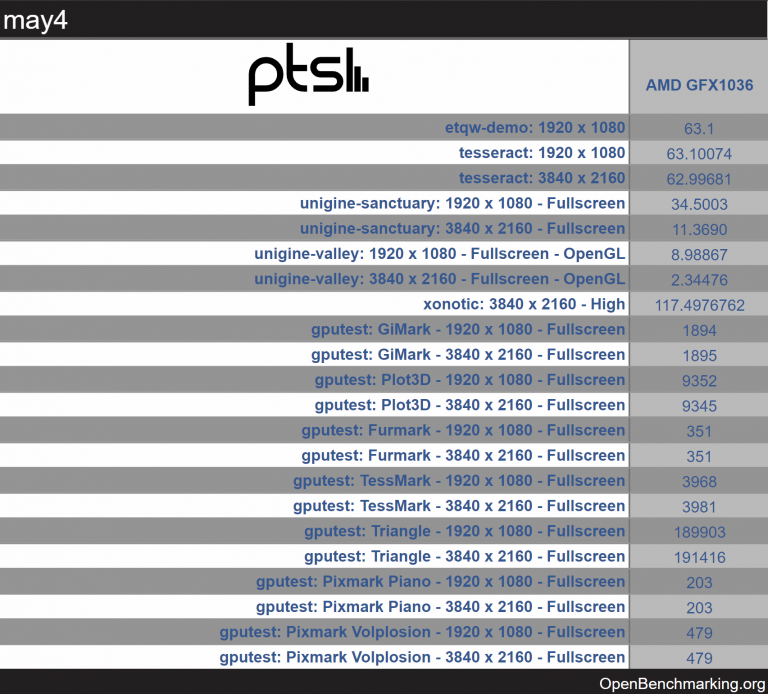 AMD Ryzen 7000 desktop series are now believed to launch around September. The company will soon hold a Computex 2022 keynote where one would expect an update on Zen4 consumer CPUs, considering AMD already teased the new series at CES 2022 back in January.