The next-gen HPC processor from AMD has been photographed.

There is a new picture of the alleged AMD SP5 CPU over at Reddit. While it is unclear if the sample is Genoa or Bergamo (both expected to support the SP5 socket), it is clearly a new square design of the SP5 package. The sample might actually be a dummy prototype, sometimes use for physical prototyping of next-gen motherboards (before AMD actually ships a working CPU). The leaker actually went through some extra steps to cover the OPN code of the CPU, which likely means that this is actually a working prototype. 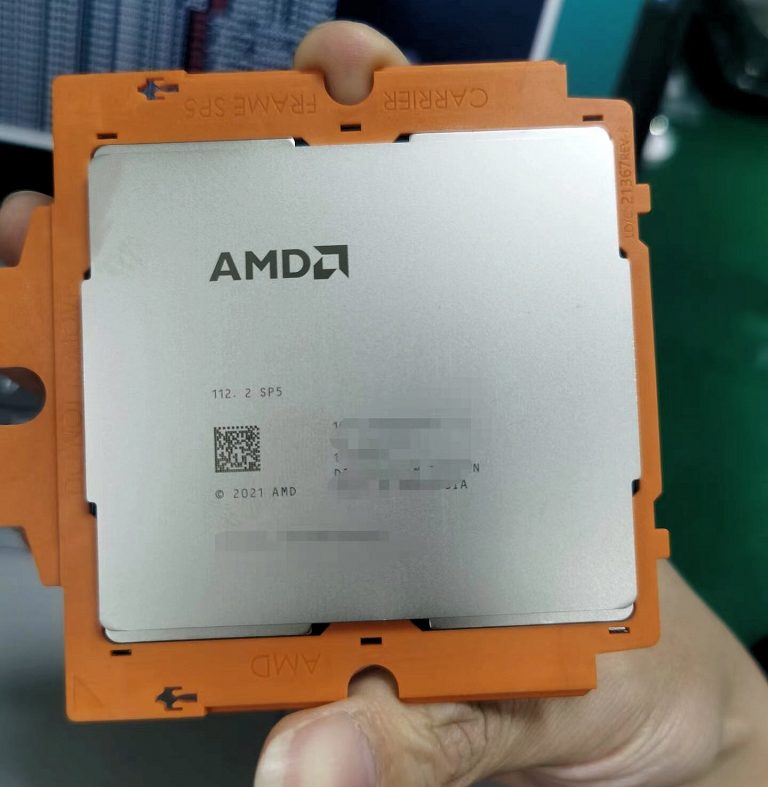 The CPU is clearly labeled as SP5 unit and the frame mentions SP5 socket as well. This is the next-generation LGA-6096 socket for EPYC 7004 series codenamed Genoa based on 5nm Zen4 architecture. It will also support EPYC Bergamo but those are to launch a bit later, which further suggests we are looking at a Genoa sample.

AMD confirmed Genoa is on track to launch in 2022 and it is now sampling to customers. This leak appears to confirm just that.