According to the most recent tweet from @Broly_X1, who has leaked AMD internal roadmaps before, the next-gen CPU and GPU architectures from AMD are both slated to launch around the same time.

At Computex, AMD has not released a new roadmap, which would confirm the launch schedule for its upcoming CPU and GPU architectures. Officially Zen4 architecture based on 5nm process technology is set to launch by the end of 2022, at least that’s what the official roadmap appears to suggest. AMD made no comments on recent Zen4 Raphael rumors either. This codename is associated with desktop CPUs based on AM5 socket, now reportedly coming in Q4 2022. Computex keynote has neither provided an update on the GPU architecture roadmap.

Broly_X1 has correctly predicted/leaked almost the whole Computex keynote. In fact, he even mentioned tomorrow’s Radeon Pro launch days before it was officially confirmed. Clearly, his sources are not be ignored. The leaker now believes that Q4 2022 is the time we should see both Zen4 CPUs as well as RDNA3 GPUs. He further clarified that RDNA3 is to tape out later this year.

The leaker also expects a Zen3 XT refresh in early 2021, which would probably fill the void before Raphael arrives by the end of next year. When it comes to GPUs though, there are no rumors about a possible refresh, which could mean that Radeon RX 6000 series are here to stay for at least one and half years still. 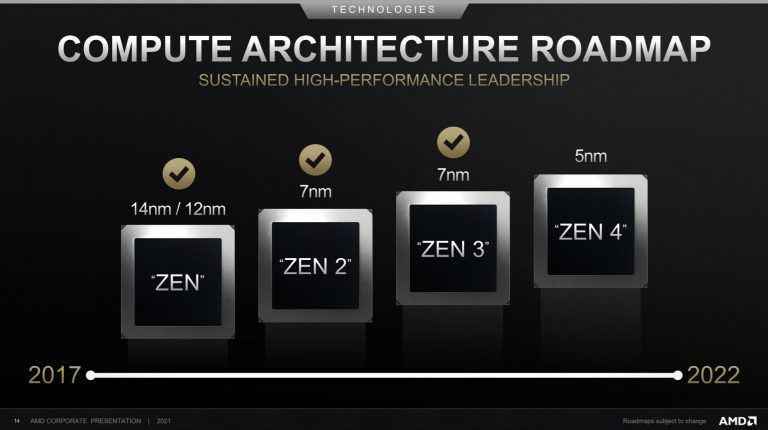 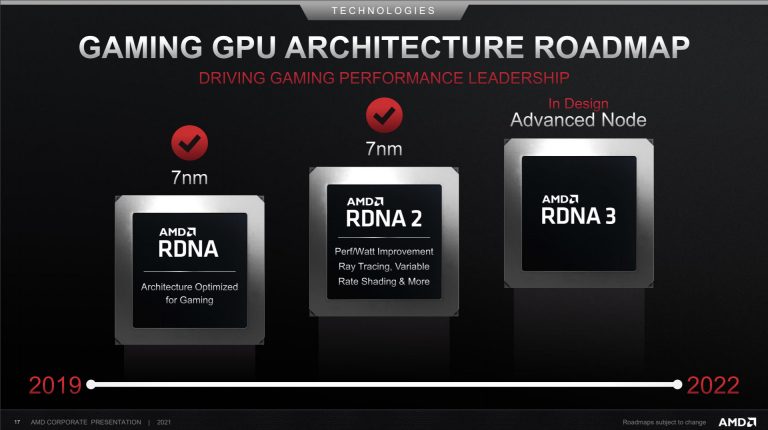