AMD: You will definitely see more Threadripper from us

A few weeks ago, when the latest AMD product roadmap was released, concerns were raised that AMD might have abandoned Threadripper 3000 for 2019, as it was no longer present in the roadmap.

AMD Threadripper 3000 is coming, with even more cores

PCWorld took part in the post-conference meeting with Dr. Lisa Su. AMD CEO confirmed that Threadripper is not canceled.

“You know. it’s very interesting, some of the things that circulate on the Internet—I don’t think we ever said that Threadripper was not going to continue—it somehow took on a life of its own on the Internet,” Su said, speaking to a small group of reporters following her keynote. “You will see more [Threadripper] from us; you will definitely see more.”

When asked about the core count she replied that Threadripper 3000 should definitely receive more cores, as the mainstream is going up.

“If mainstream is moving up, then Threadripper will have to move up, up—and that’s what we’re working on,”

Since Ryzen 9 3900X now carries 12-cores, it is very likely that Threadripper will start at 16+ cores. The die can now hold eight Zen2 dies, which basically means 32-cores to 64-cores, depending on how many will be enabled compared to EPYC Rome. 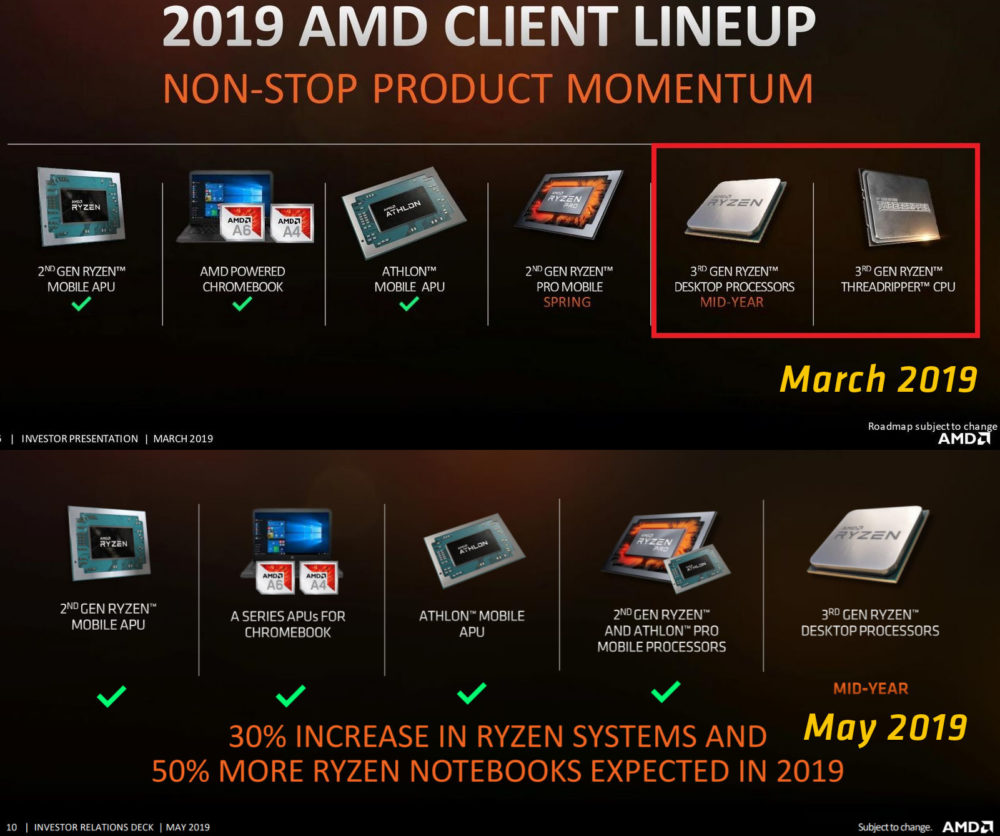