Last week AMD made a formal showcase of its partner’s high-end X670E/X670 motherboard series. None of these are available yet, but the message was clear, both AMD and motherboard makers are ready for the launch of Ryzen 7000 series.

In fact, they are so ready that AMD board partners are now shipping X670E motherboards to reviewers. The first picture of a review sample out in the wild was posted by SkatterBencher, better known for his Threadripper 5000 overclocking guides. Since we are still more than a month away from the official launch of the new Ryzen series, this unit had to be shipped by Gigabyte themselves. 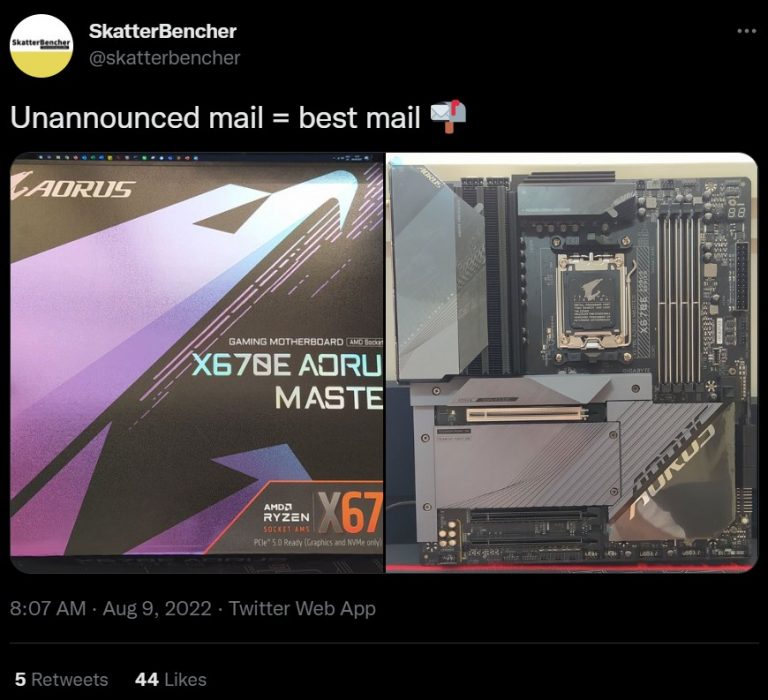 Gigabyte has provided the reviewer with a unit of X670E AORUS Master, the second-best motherboard from Gigabyte’s lineup. This board is equipped with 16+2+2 power phase design and supports up to four DDR5 memory modules.

According to the leaks, AMD is set to launch its Ryzen 7000 CPUs on September 15th, however, the formal announcement is now expected in late August. The X670 motherboards are reportedly also launching on the same day.