AMD has issued a statement regarding the B450 and X470 motherboard support for Zen3 processors.

AMD today has confirmed that their upcoming Ryzen 4000 series codename “Vermeer” will, in fact, be supported on B450 and X470 motherboards. This means that AMD has backtracked from its original announcement.

During the B550 reveal AMD released a roadmap for Ryzen processor support on existing and upcoming motherboard chipsets. It was made clear that only B550, X570, and upcoming 600-series motherboards will support the Ryzen 4000 processors.

It is important to note that the statement does not refer to Ryzen 4000 series, but Zen3 processors. This means that the Ryzen 4000G series, which is based on Renoir and Zen2, may not be supported. 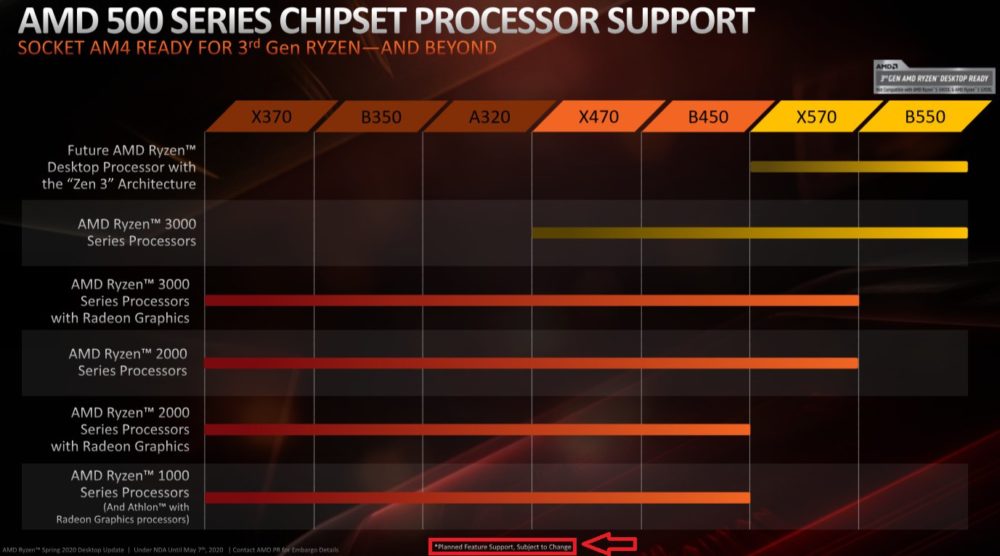 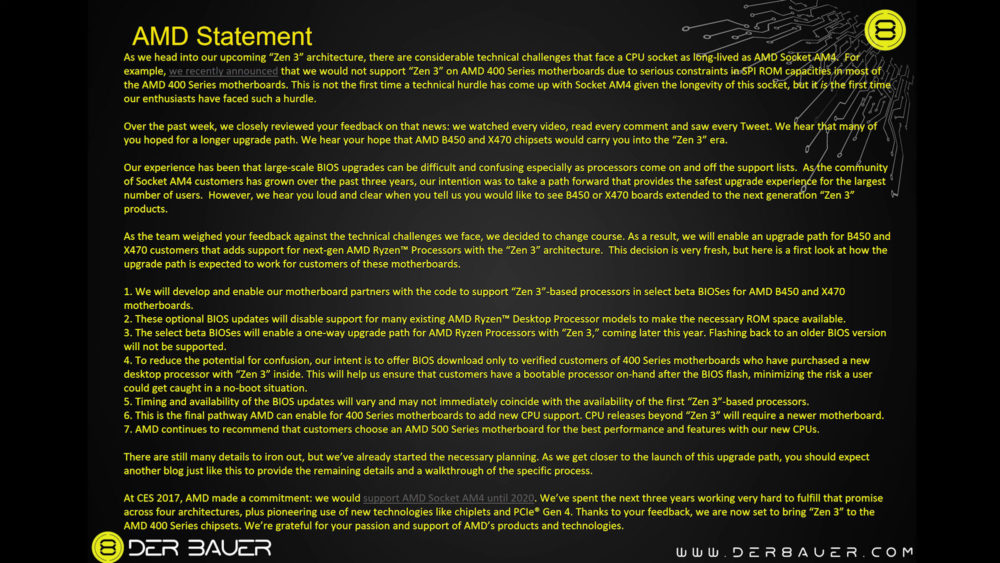 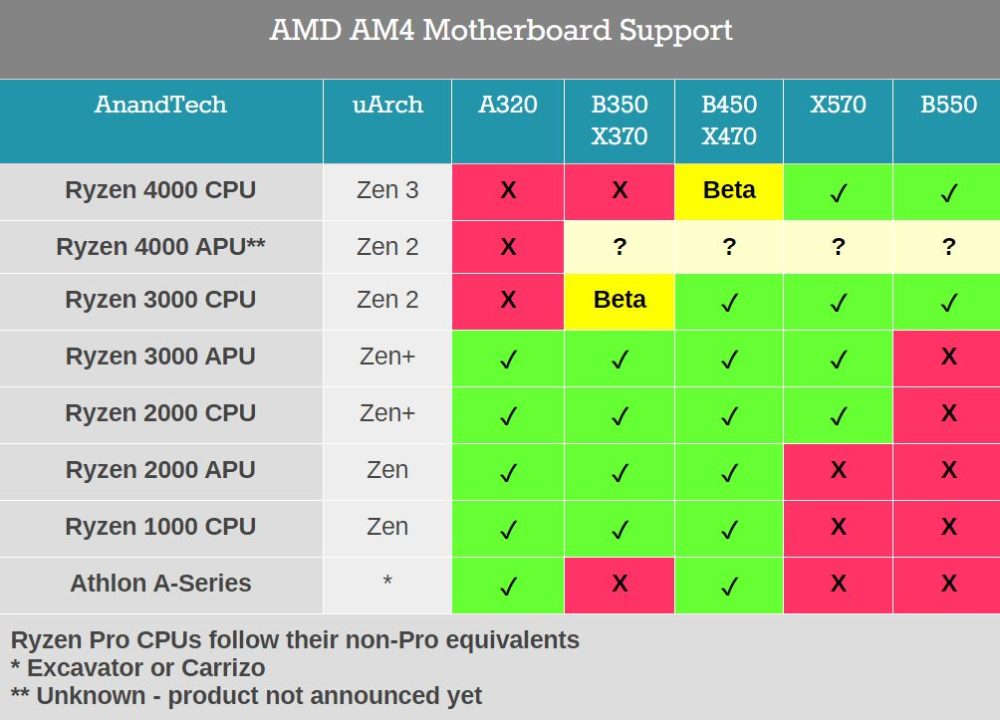