AMD provided an explanation to Tom’s Hardware that the word ‘refresh’ Lisa Su used during the earnings call, may actually not refer to architectural refresh, but more to product lineup refresh, Paul Alcorn from Tom’s Hardware reports:

As to Su’s reference to a Navi refresh, it appears that she was speaking in terms of new additions to the product stack. To the tech community, the term “refresh” refers to a small iterative update to an existing lineup, much like the transition from Zen with the first-gen Ryzen products to Zen+ with the second-gen Ryzen processors. By that definition, AMD’s “refresh” would mean new iterative updates to the RX 5700, RX 5600, and RX 5500 cards, like a step up to an RX 5750 model, for instance.

During yesterday’s Q4 2019 earnings call, AMD CEO and president, Dr. Lisa Su confirmed that existing Navi graphics processors will be refreshed and a next-generation architecture will be launched in 2020.

Yesterday’s financial earnings call provided some very important information about AMD’s GPU goals for 2020. The company is set to refresh the lineup, but also release a next-generation product already in 2020.

According to our sources, Big Navi is expected around Computex. The event takes place almost a year after the Radeon RX 5700 launch, which suggests that next-generation (Big Navi) will be part of the Radeon RX 6000 family, not RX 5000.

Q: Lisa, can you give us some idea of what new GPUs you’re expected to launch to the rest of 2020, for PCs and for data center?

LS: Yes. In 2019, we launched our new architecture in GPUs, it’s the RDNA architecture, and that was the Navi based products. You should expect that those will be refreshed in 2020 – and we’ll have a next generation RDNA architecture that will be part of our 2020 lineup. So we’re pretty excited about that, and we’ll talk more about that at our financial analyst day. On the data center GPU side, you should also expect that we’ll have some new products in the second half of this year.

The current lineup looks like this. So far there is no mention of Navi Refresh (aka RDNA+). AMD is known for confusing codenames and it wouldn’t be surprising if Navi Refresh was actually Navi2x family, while RDNA2-based GPUs were Navi 3x (think Polaris 3x). 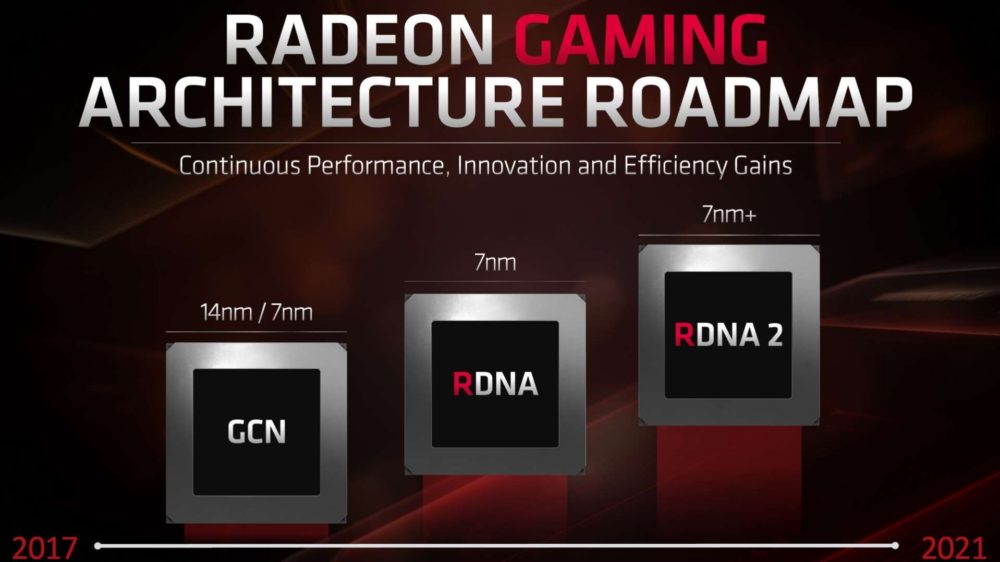