We have just received a word from two sources that AMD will lower the price of Radeon RX 5700 series ahead of the launch.

For the record, we still don’t know the exact new pricing for RX 5700 series. Even we did, it would require a good confirmation, as pricing tends to fluctuate a lot before launches. The difference here is that AMD already announced the pricing for Navi series. The new pricing will reflect the situation on the market after GeForce RTX Super series arrival.

The information on new pricing is under embargo till July 6th. We will let know you know as soon as we hear more. 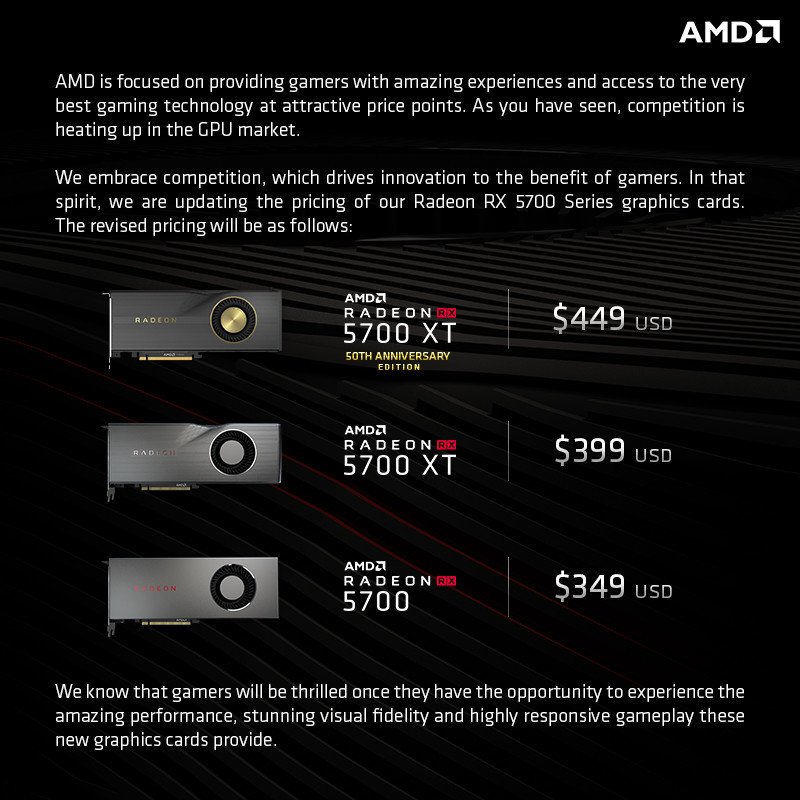 The new pricing is listed in the table below: