AMD will launch the world’s first 64-core CPU for desktop computers in 2020.

AMD has confirmed that it will deliver a 64-core part for its Threadripper platform next year. The CPU will feature 128-threads and 288 MB of total cache (L2+L3). The CPU is likely to cost much more than 3970X (which will be available starting from today for 1999 USD).

AMD did not share any details on clock speeds or launch schedule. Originally it was planned to be shown in January. 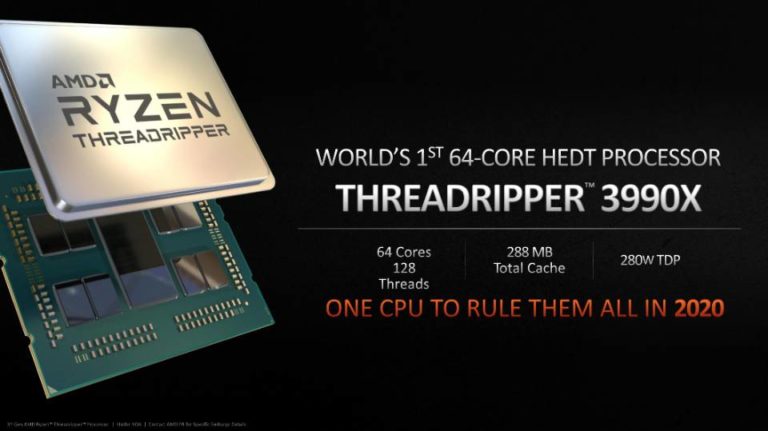