According to DigiTimes, AMD has confirmed to motherboard manufacturers an updated roadmap with 12nm LP Pinnacle CPUs coming in February 2018. The Pinnacle series are considered a Ryzen refresh on a smaller node.

The Pinnacle Ridge is a codename for Summit Ridge successor. I’m not sure what DigiTimes is referring here, but they claim that Ryzen 7 will be succeeded by a CPU codenamed Pinnacle 7.

The report further confirms that AMD is also planning low-power Pinnacle CPUs in April 2018, which will be followed by Pinnacle Pro for the enterprise market. The 400-series motherboards (X470/B450/A420) would also launch in April.

Bear in mind, that it is possible that Pinnacle is just an internal codename for Ryzen 2000.

Below you can find all leaked roadmaps outlining AMD plans for 2018: 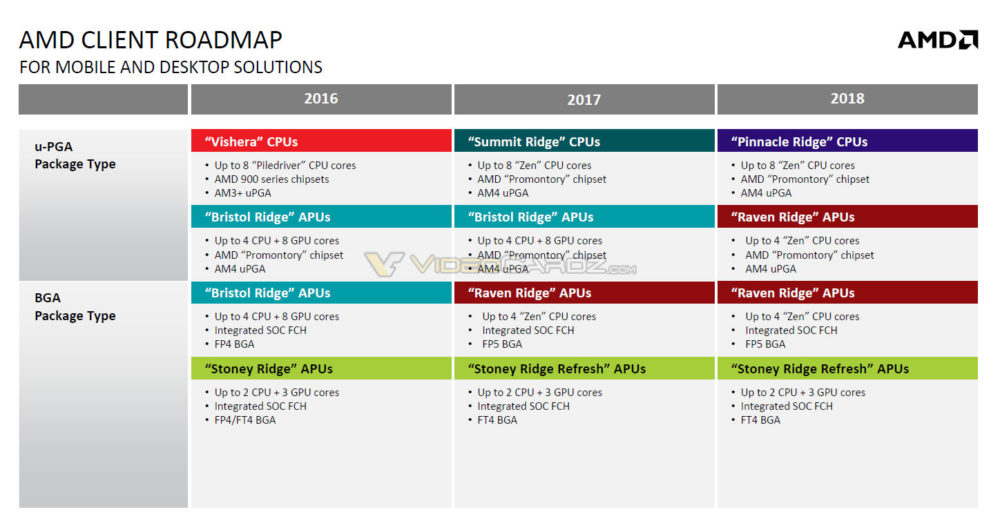