During “Where Gaming Begins: Episode 3” launch event for the Radeon RX 6700 XT graphics card, Scott Herkelman confirmed AMD will bring support for SAM on Zen2 based CPUs. This technology allows the CPU to communicate GPU more efficient. The CPU can access the full VRAM (either 16GB or 12GB depending on the model), which helps boost the performance in certain workloads.

In gaming, SAM provides up to 16% performance increase, with an average of 6% on Navi 21 GPUs. AMD did not provide the exact performance figures for Zen2 and Navi22 based configurations yet.

The new announcement shouldn’t really be a surprise to anyone. NVIDIA recently announced that it will bring Resizable BAR support to their GeForce graphics cards starting with RTX 3060. The company confirmed it will support ReBAR on AMD 400 series motherboards, but only if Zen3 CPUs are used. 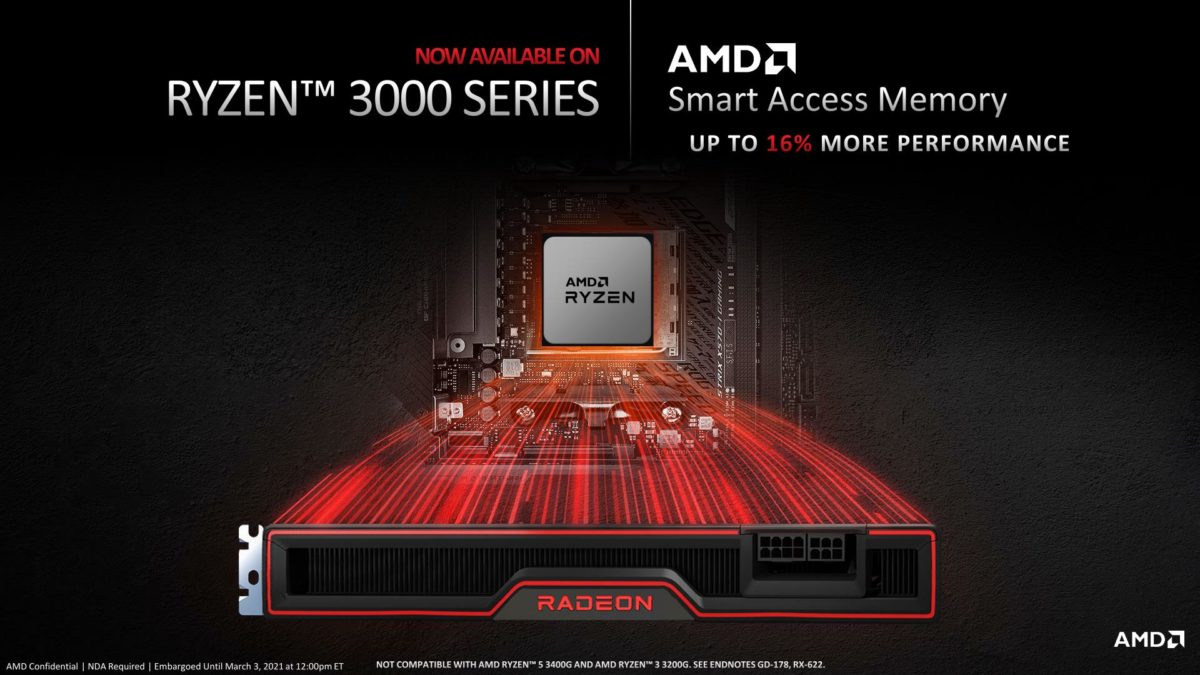