At Game Developer Conference 2022, AMD will be hosting a series of sponsored sessions covering various topic of graphics in games.

During one of the sessions titled “Next-Generation Image Upscaling for Games” will present AMD’s latest research results in image upscaling technology and explain how this improves gaming experience. It should be noted though, that nowhere does AMD mention FSR or machine learning.

AMD FSR 1.0 launch was rather successful and has seen implementation in a large number of games, mainly because AMD open-sourced the code for all game developers to use. However, AMD now feels pressure not only from NVIDIA whose AI-based DLSS 2.0 is still better at lower resolutions, but also from Intel who are to launch its XeSS upscaling later this year. 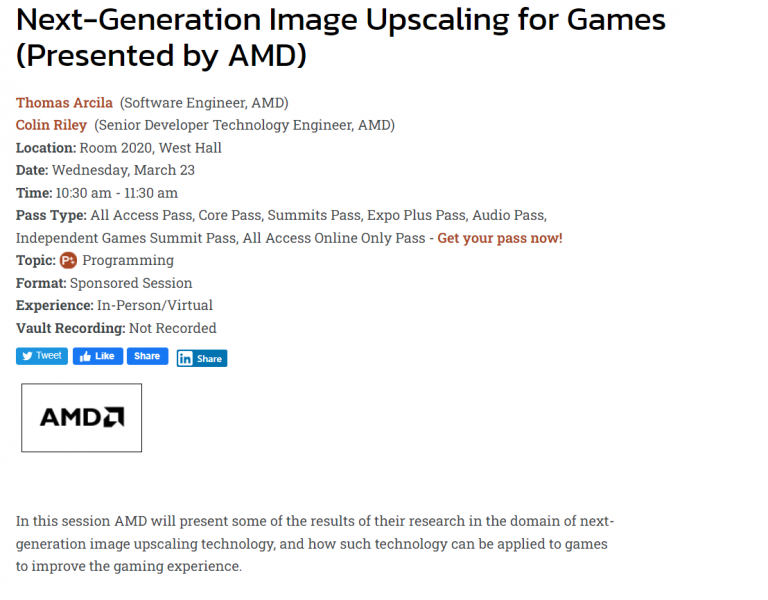 Furthermore, AMD is yet to launch its Radeon Super Resolution technology, basically FSR but for all games on a driver-level. Despite January announcement, AMD has not yet confirmed when RSR will become available.