A few days ago Cowcotland reported that AMD RX 5700 series reference designs have reached their end of life, as AMD is now focusing on custom designs of their board partners.

If you are following the GPU market closely, then you should know that this has happened for almost each AMD Radeon launch in the past few years. Board partners are always late to show their designs, as AMD is initially prioritizing reference designs instead.

We had a lengthy discussion on this topic with many board partners and it seems that there is simply nothing AIBs can do. It is not exactly in AMD’s interest to provide more time for custom designs to be ready at the launch. And even if AIBs are “ready”, AMD is not eager to send enough GPUs for mass production to begin. This has been happening for years now.

We always encourage you to support your favorite board partner. The tight time schedule and race to deliver the first custom design of new Radeon models, does not always transform into good quality. The more time they have, the better, more unique their products will be. 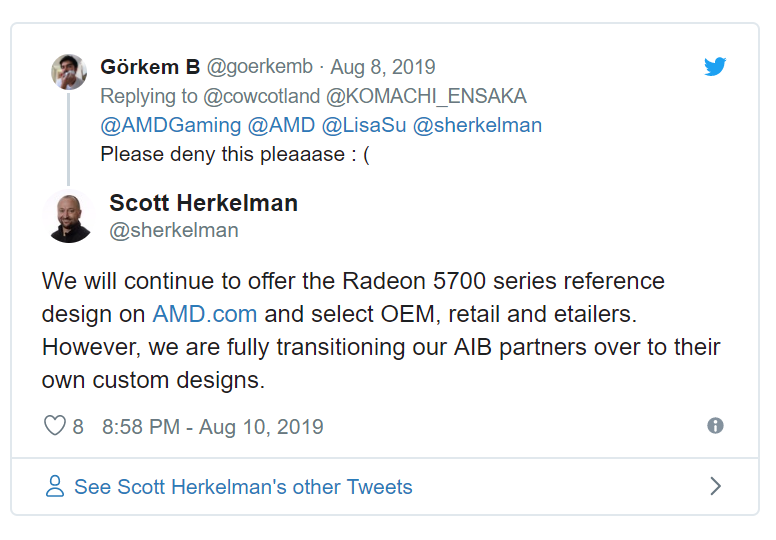