AMD is set to announce a new game bundle for selected Ryzen processors.

AMD will bundle a free copy of Assassin’s Creed Valhalla with selected Ryzen 7 and Ryzen 9 processors from 3000 series. The promotion will include two, yet unreleased, 3000XT parts: 3900XT and 3800XT. Sadly, Ryzen 5 and Ryzen 3 series are excluded from the promotion, meaning that Ryzen 3600X/XT and recently introduced Ryzen 3 series will not be eligible for a free copy of the game.

The promotion is likely to start with the official launch of the Ryzen XT series, which takes place on July 7th, however this is not confirmed. We will be reaching out to our sources for further details on the new promotion.

It’s worth adding that Assassin’s Creed Valhalla is expected to launch this holiday. No release date has been provided by Ubisoft yet. 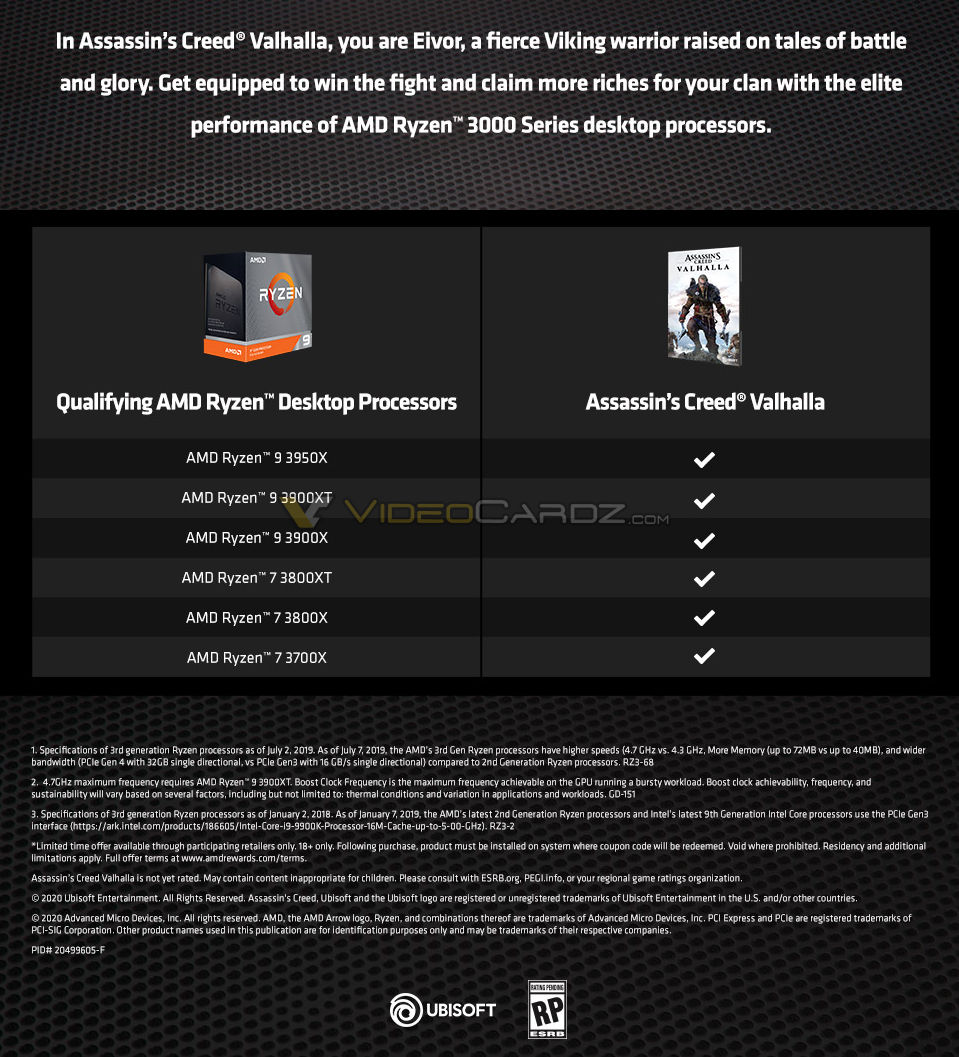