Just yesterday we covered a rumor that AMD might launch its new enthusiast Ryzen processors. Today Wccftech brings a confirmation, but with a twist.

AMD is set to launch Matisse Refresh processors. This is an extension of the existing Matisse Ryzen 3000 series with new SKUs. Yesterday’s story has turned out to be true only partially. Yes Ryzen 3000 Refresh is true, but the names shared in the story are not accurate.

The manufacturer is rumored to launch Ryzen 3000 processors with a new “XT” moniker. Wccftech posted a proof, which does look like it is using AMD’s font. This is a new moniker, which is associated with Radeon graphics rather than desktop processors.

We are not sure if the new XT variants are meant t replace current SKUs or they are meant to offer an alternative. The CPUs may or may not feature the same core counts as their existing Ryzen non-XT siblings, but it is more likely that AMD is will provide a clock speed increase instead.

AMD will announce the Ryzen 3000XT series on June 16th. The availability in stores is currently planned for July 7th. 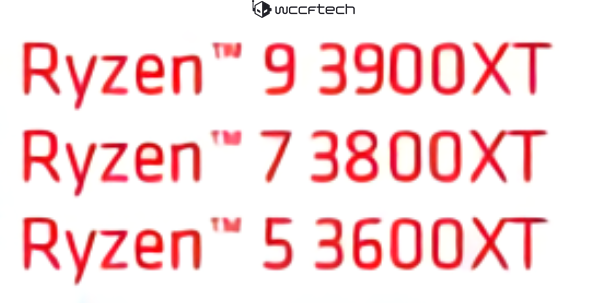