AMD has changed the announcement date for Ryzen Threadripper 3000 series.

The announcement of the new sTRX4 HEDT platform was initially planned for November 5th, however, this has changed. AMD is now planning to unveil its new series on November 7th, our source claims.

AMD is set to announce three of the Threadripper SKUs: 3960X, 3970X and 3990X at the same time. Board partners will also unveil their TRX40 motherboards for the new platform. The 3990X announcement will only be in a form of a teaser, with no detailed information available (we suspect AMD may just unveil the core count, but clocks and pricing won’t be shared). 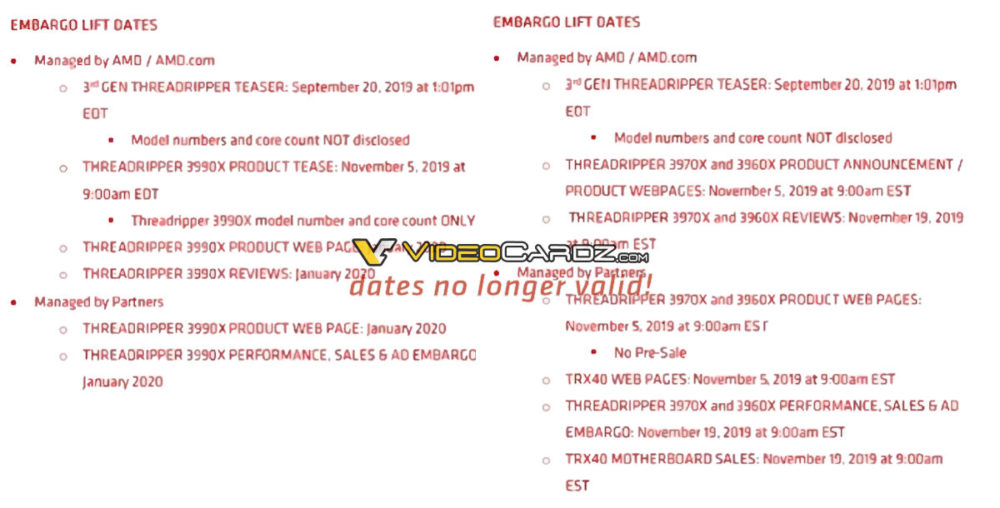