On August 5th, AMD and their partners will provide a showcase of upcoming AMD X670E motherboards. This showcase will be part of the AMD “Meet The Expert” event, which is targeted to business partners and consumers who seek to know more about AMD products. Oftentimes, those meetings follow AMD product launches.

It looks like the upcoming AMD X670E motherboard showcase could follow a launch of Ryzen 7000 series. The event description reads “Supporting the recent launch of AMD Ryzen 7000 Series processors“, which suggests that this event could be shortly after the launch of the new Ryzen 7000 series, reports TechPowerUP.

Thus far, AMD has not made any comments that Ryzen 7000 series could launch this soon and there is a good chance that this description is simply poorly worded. If rumors are to be believed, there the introduction of desktop AMD Zen4 CPUs should take place no sooner than September 15th. 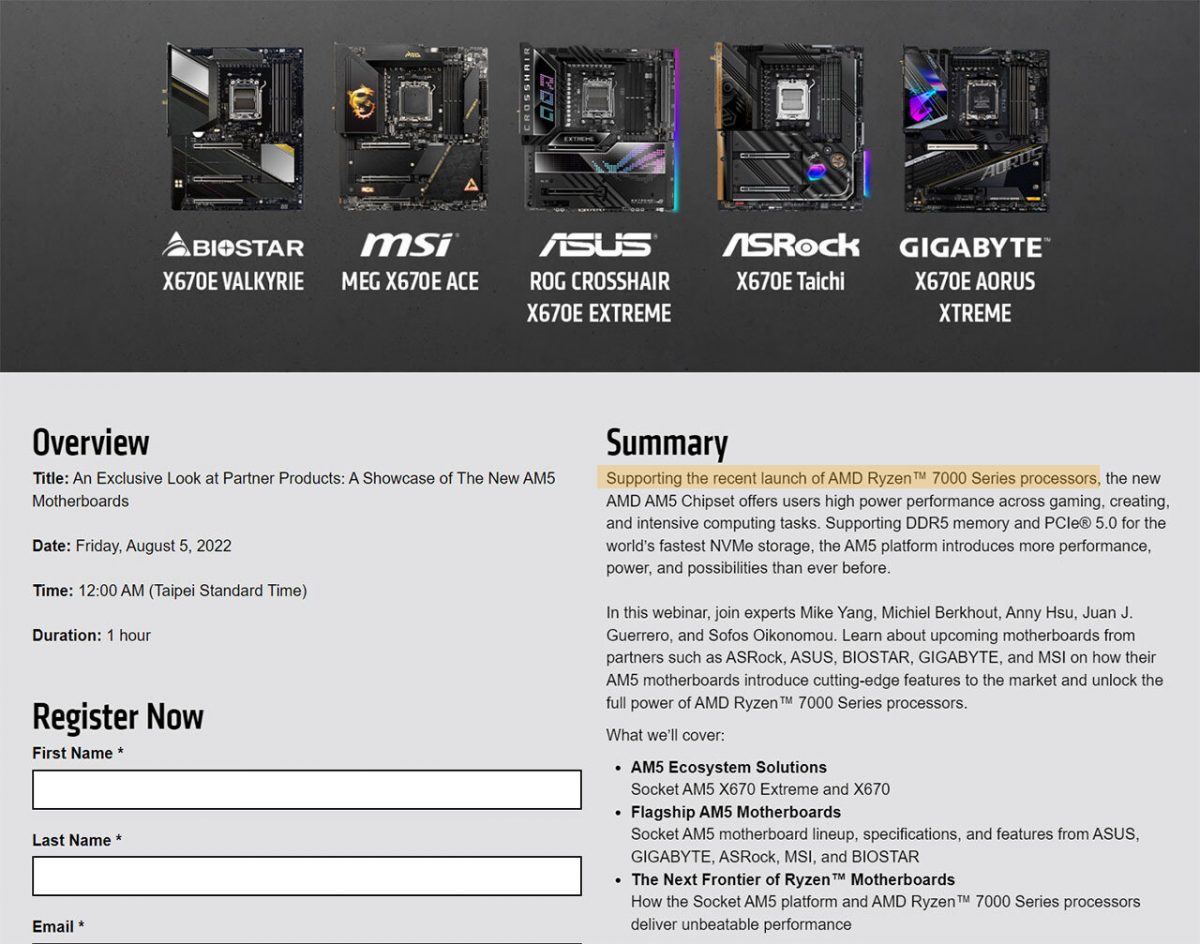