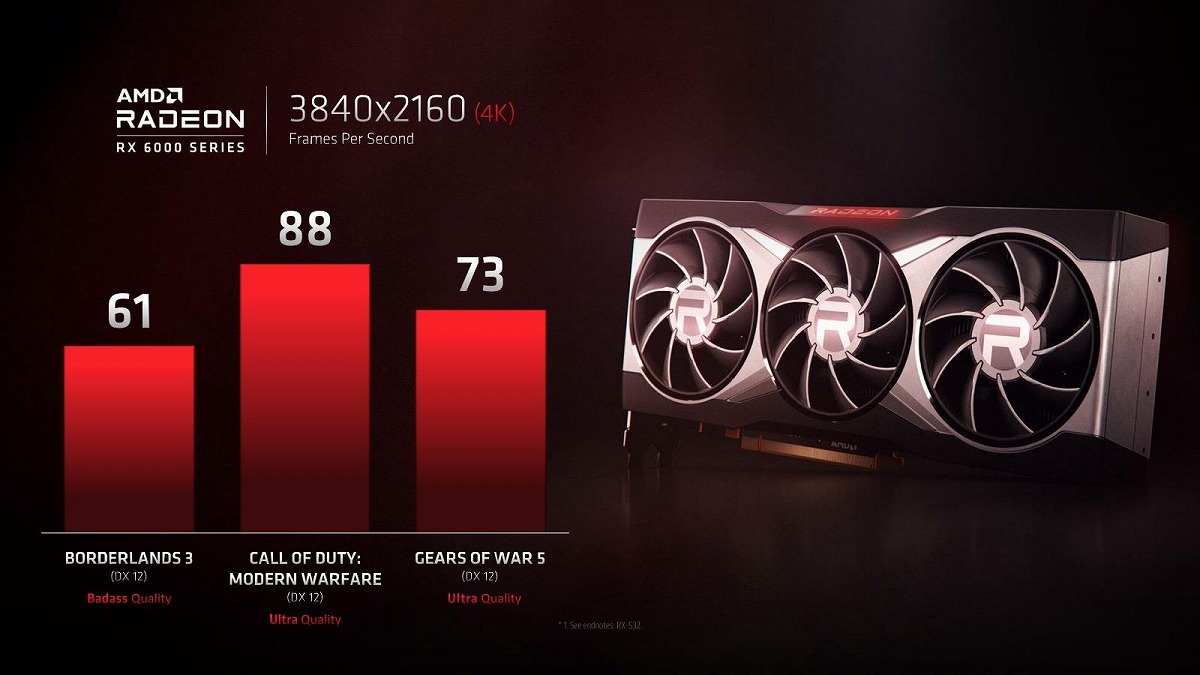 How does RX 6000 Big Navi stack up to the competition? It is hard to say because we do not know the exact benchmark scenes used by AMD. Planet 3DNow! made a quick comparison with reviews from Eurogamer (using Founders Edition) and Hexus (using MSI GAMING X TRIO) and they came up with the following results:

Before the event, Radeon Scott Herkelmann stressed that AMD did not disclose which Radeon RX 6000 graphics card was used for these benchmarks. It is also important to note that AMD tested RX 6000 with Ryzen 9 5900X CPU, yet an unreleased processor. No GPU reviewer has had access to this processor hence apple to apple comparison between platforms is not possible. This is important because AMD claims that this processor will be better than Intel CPUs in gaming. Whether that affects 4K performance, we don’t know yet.

Sadly no details were provided today on Big Navi’s ray tracing performance. AMD did, however, confirm it will tell us more about Radeon RX 6000 series on October 28th. During today’s event, new renders of the RX 6000 graphics cards were shown, but the exact model name was not specified, so we are not sure if we are looking at the highest-tier SKU in the lineup.