AMD SmartShift exclusive to one laptop in 2020

The technology that was meant to take the high-end notebook market by the storm will not be seen in more devices in 2020, AMD’s Frank Azor confirms on Twitter.

The Dell G5 15 SE is a recently launched laptop, a design clone of the ancient XPS L502X series, featuring up to Ryzen 7 4800H processor and Radeon RX 5600M graphics. This combination has allowed Dell engineers to implement a hardware feature known as AMD SmartShift. This technology will automatically control power limits for both CPU and GPU. It will assign all available power that was not used by the CPU to the GPU and vice versa. 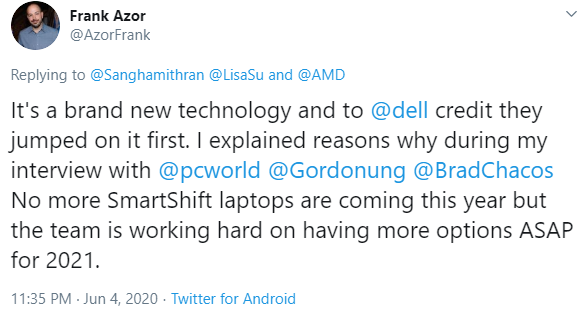 NVIDIA’s Advanced Optimus is not doing much better at the moment. The technology has been confirmed only for two Lenovo laptops with more expected to arrive at an undisclosed time. Apart from the Lenovo models, none other of the recently launched Intel Comet lake-H and GeForce RTX SUPER laptops have this technology.

According to notebook makers that we have spoken to, Advanced Optimus adoption is likely to be very limited for now too. NVIDIA has allegedly specified which displays must be used if the technology is to be certified for the laptop. This raises the development cost and makes the adoption of Advanced Optimus much less interesting for the OEMs. 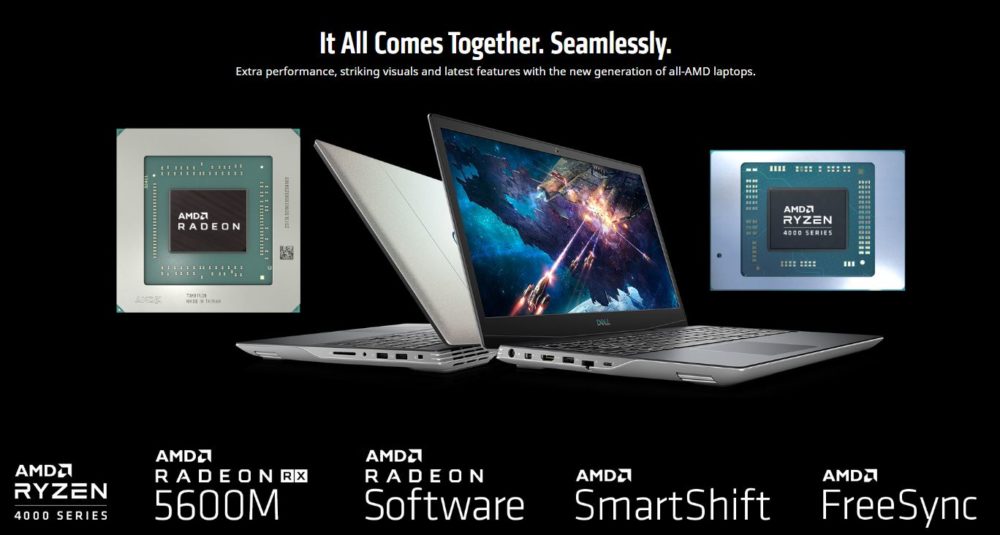