AMD officially revealed the specs of the Radeon RX 6700 graphics card, the only problem is that Sapphire released a nearly identical graphics card without the RX branding. So which one is the real one?

Just last week the first real photographs of the Radeon 6700 graphics cards from Sapphire have been published. This means that the graphics card has reached the retail market, and it is now available for sale. But here’s where things get interesting. These cards no longer exist, both AMD and now Sapphire have confirmed that their new cards are called RX 6700 (with the RX branding).

Sapphire quietly updated its website and added RX to both RX 6700 graphics models. This is the only change that was applied. Therefore, one must assume that there is no Radeon 6700, despite the fact that such graphics cards were already manufactured. The Radeon 6700 was simply a lie!

Importantly, Sapphire RX 6700 specs are different than AMD reference, the clocks are higher by 45 MHz (boost) and TDP increased from 175W to 220W. Such configuration is applied to both Sapphire models. 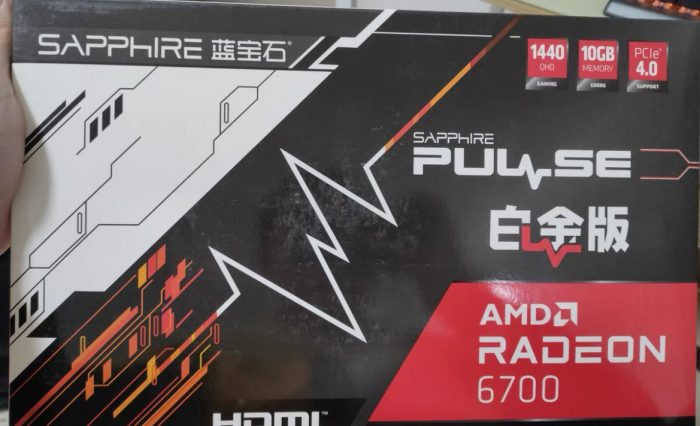 AMD official specs confirm the RX branding is present, and it is not an OEM-exclusive part either. Therefore, there is a chance it will reach other board partners soon. Links on Sapphire website leading to Radeon 6700 have been removed and RX 6700 models were added in their place.