At AMD Meet The Expert board partner representatives have discussed and showcased the new flagship X670 motherboards.

Today’s showcase focuses on the high-end motherboard series based on X670 chipsets, this means X670E and non-Extreme series. Board partners have prepared their own presentations, and they discuss the features they feel are the most important.

All X670 motherboards come with new AM5 socket and support for PCIe Gen5 storage and optional Gen5 support for next-gen graphics. Naturally none of such devices are available right now for consumers, so it does not seem like a big difference for now, but later on it definitely will.

Interestingly none of the companies confirmed the maximum DDR5 memory speed supported by any of these boards. This may still be under NDA or awaiting further confirmation. There is also no mention of AMD EXPO, but Intel XMP is supported.

The easy M.2 drive installation will be available with many of these boards, so it will not be an exclusive feature to any particular company.

The Crosshair X670E Hero is the new design showcased for the first time. It ships with 18+2 phase design and 110A power stages (for comparison Extreme has 20+2 stages). It will also lack 10G networking, but 2.5G network will be available. The Q-Latch M.2 and Q-Release will allow easy M.2 drive installation and quick removal of discrete desktop GPUs. 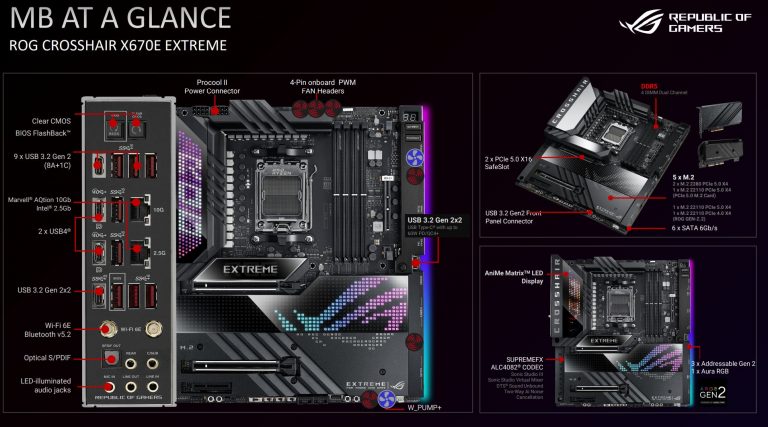 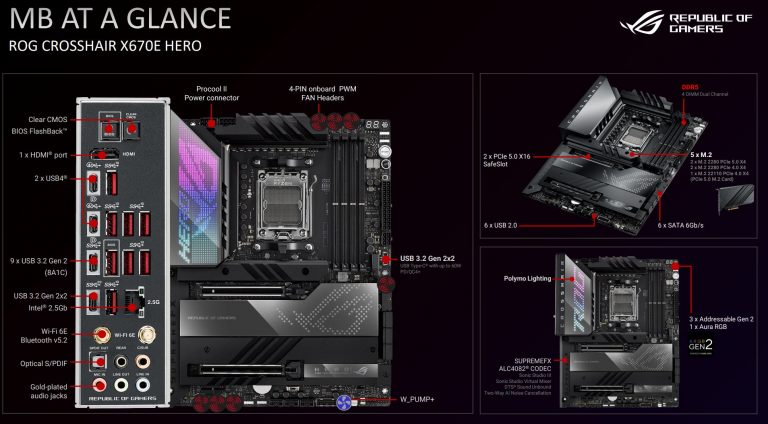 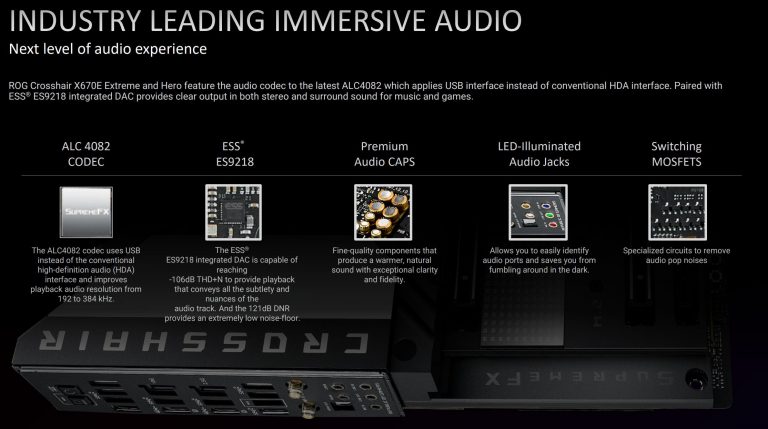 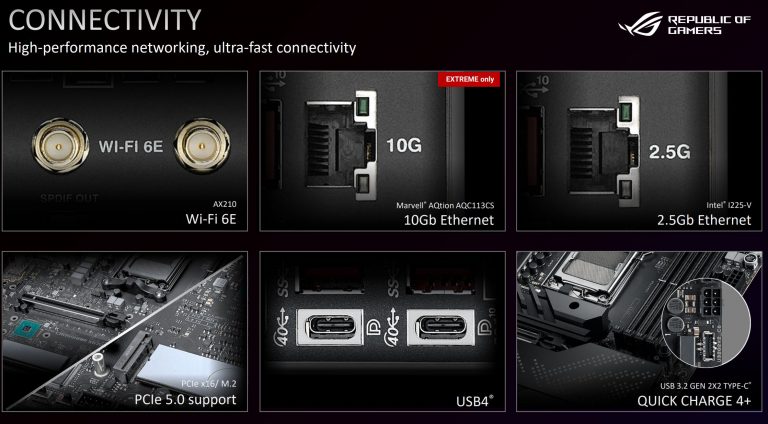 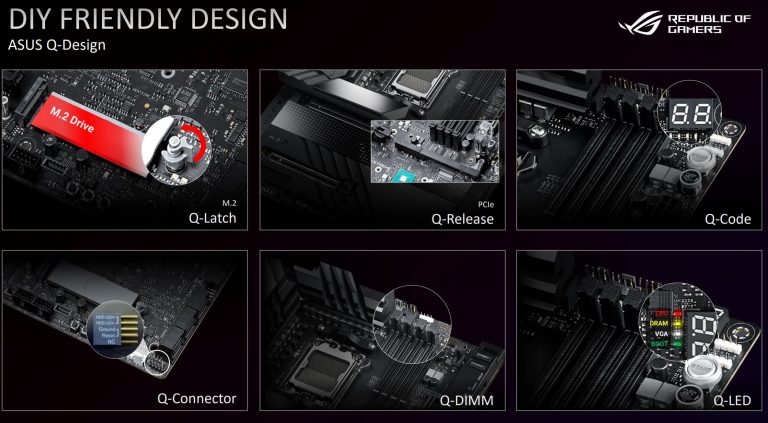 ASRock is showing its X670E PG Lightning for the first time, all other motherboards were already shown. 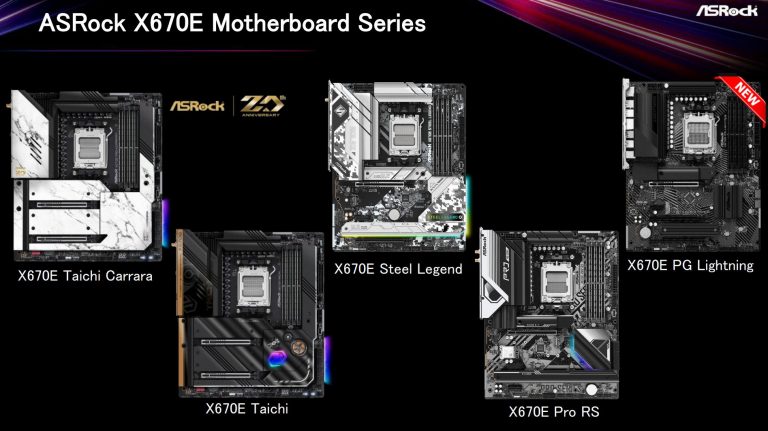 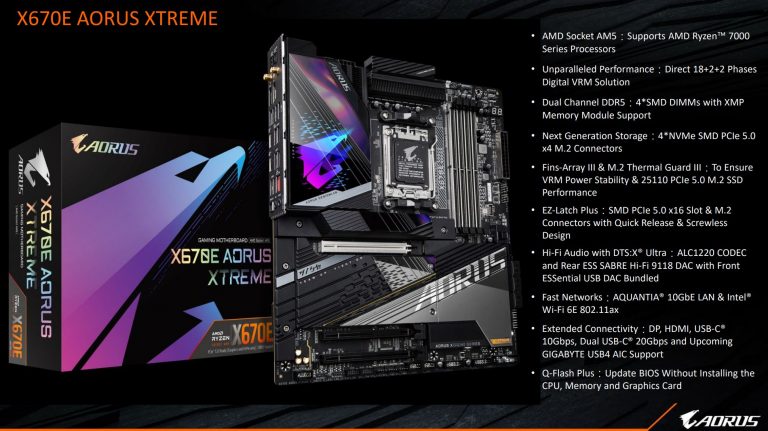 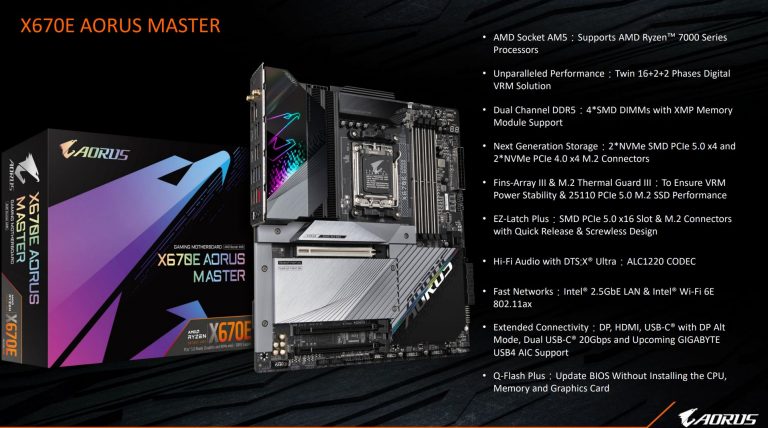 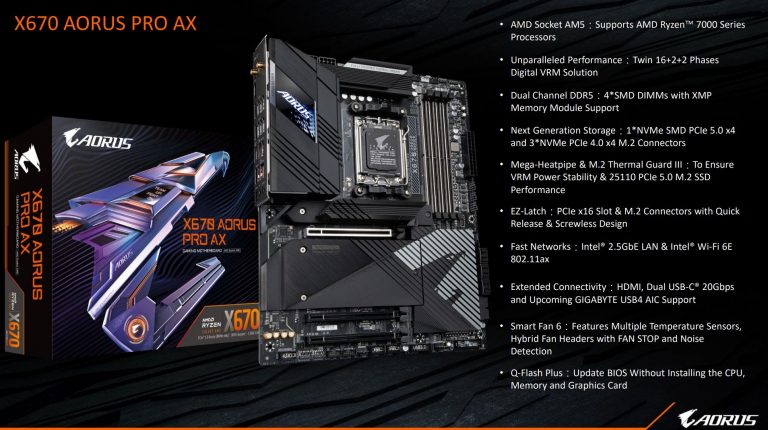 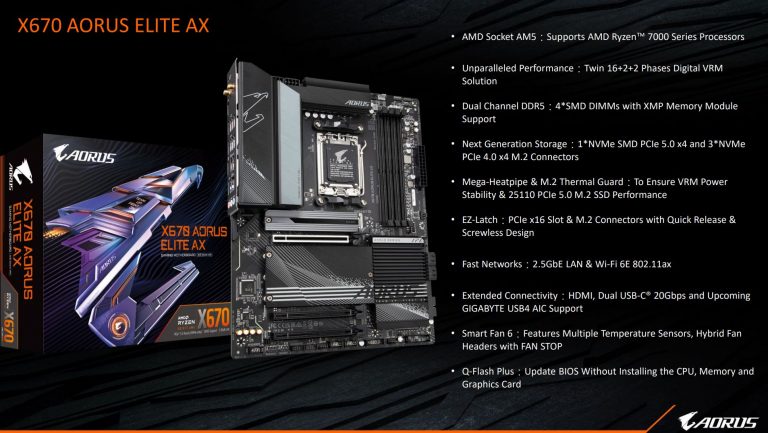 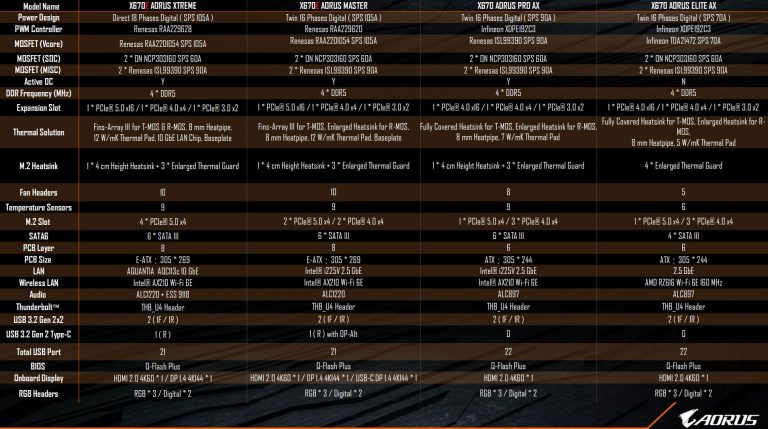 MSI is showcasing its MEG GODLIKE design for the first time here. It’s an E-ATX motherboard with 24+2 phase design and 105A power stages. MSI confirms it ships with M-Vision Dashboard (on-board information screen). Both the MEG ACE and GODLIKE will ship with M.2 XPANDER-Z Gen5 Dual storage expansion card. 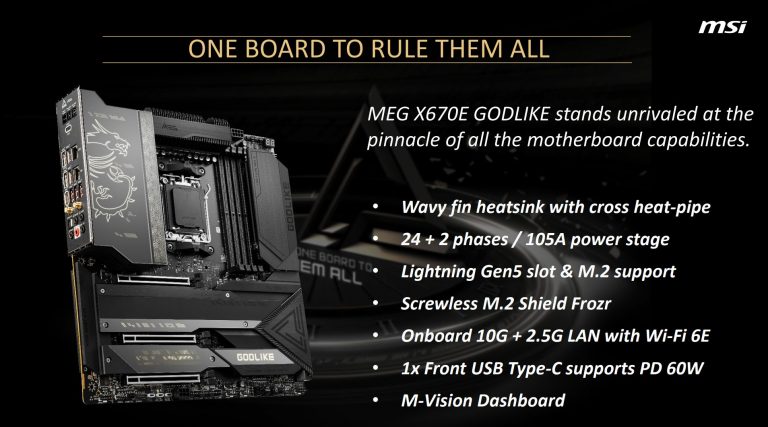 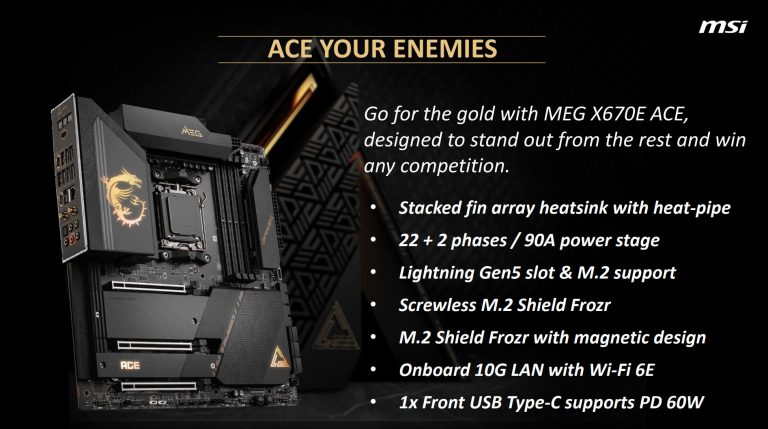 The X670E Carbon features 18+2 phase and 90A power stage design. Same as MEG series it will feature screwless M.2 installation. 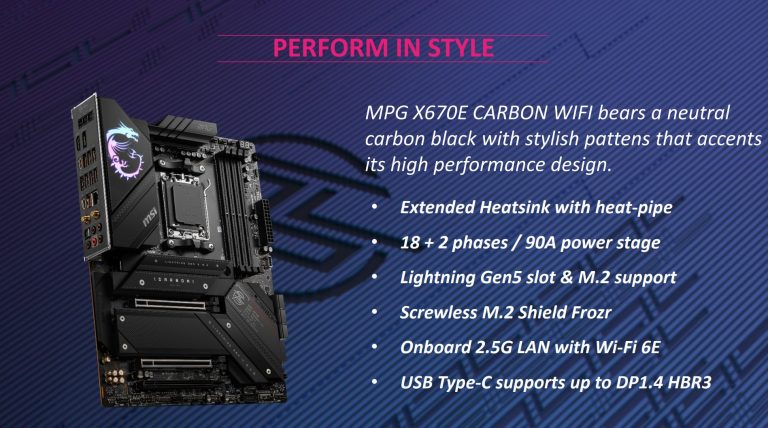 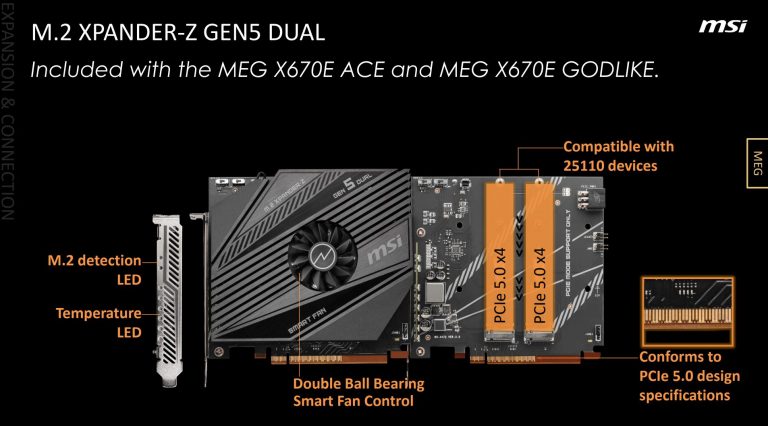 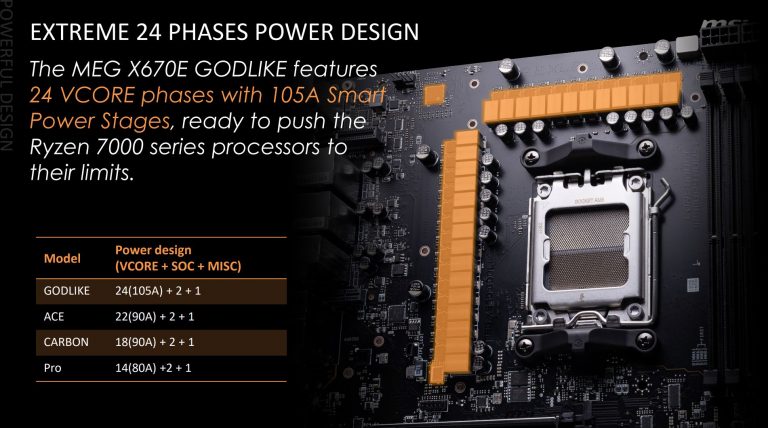 Biostar has revealed its Valkyrie, the ATX premium board with 22-phase and 105A VRM design. It supports PCIe Gen5 storage and GPU. 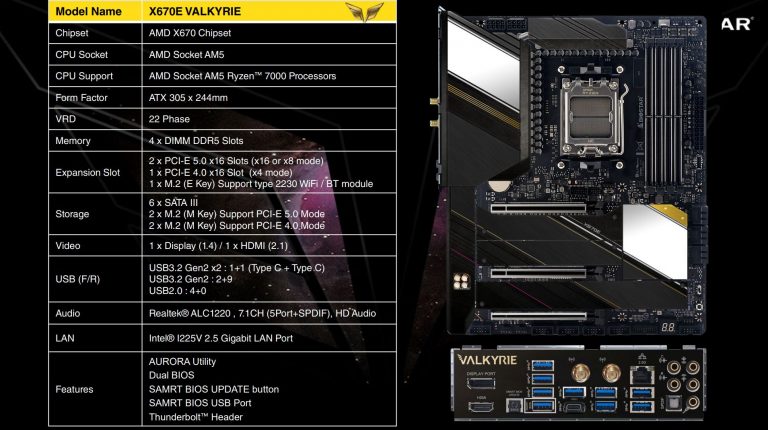 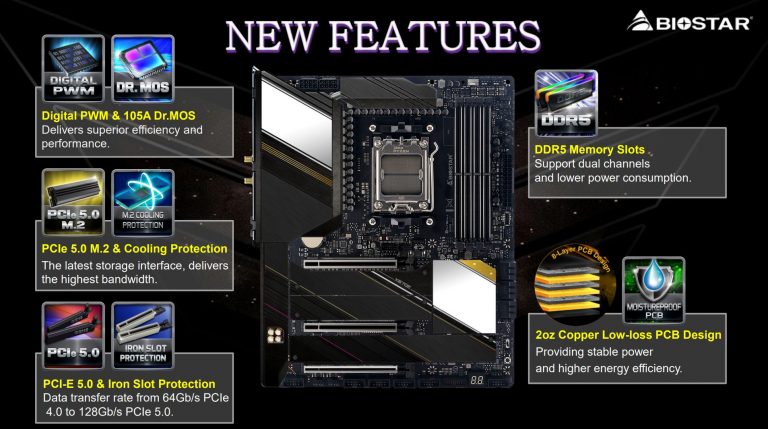