However, this does not mean that all future Radeon cards will not use blower designs as Scott only spoke about ‘next-gen’. We are not yet sure if next-gen is just the Big Navi or if AMD is preparing more GPUs based on this architecture. Rumors have already proved that AMD is working on at last three Navi GPUs: 21, 21 and 23. The next-gen Radeon RX is shown in roadmaps as Navi 2X.


Scott later added that blower designs are still possible if AMD’s board partners wish to make them. In other words, if there are any blower RDNA 2 designs, they are not based on reference models.


During the presentation, AMD revealed the design of the upcoming Radeon RX graphics card. This is most likely the so-called ‘Big Navi’. It is expected that Navi 2X will bee part of the Radeon RX 6000 series, so we might be looking at a Radeon RX 6900XT or RX 6800 XT model.

The new roadmap shows RDNA 2 graphics targetted for 2020 with RDNA 3 following it a year (or so) later: 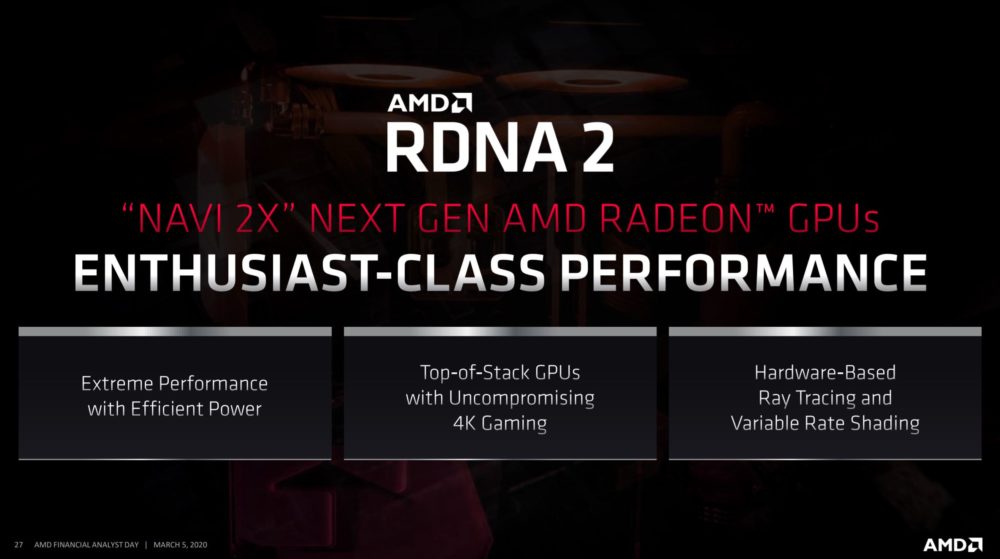 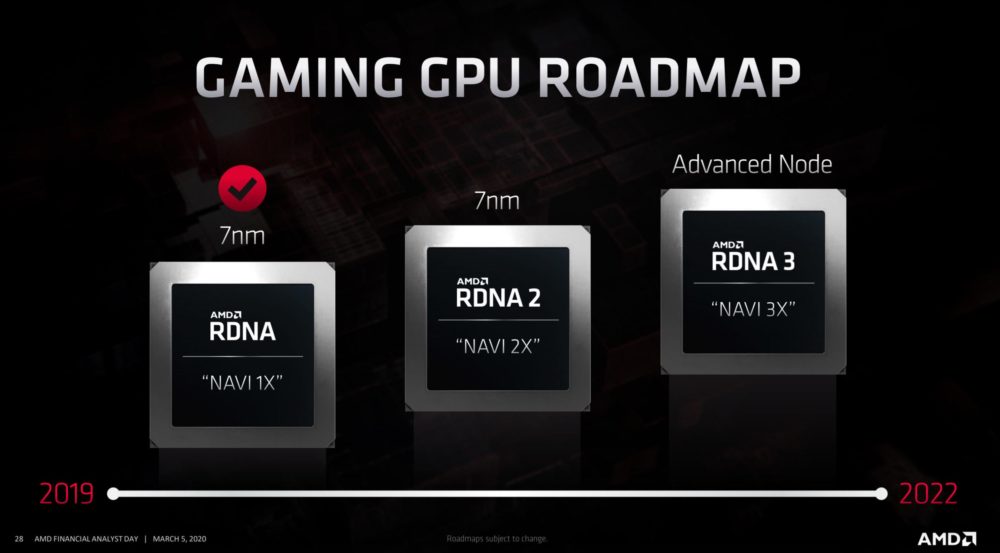