Igor’sLAB has published a spec sheet of the upcoming workstation CPUs from AMD.

The OPN codes and their corresponding specifications have just been revealed by Igor’sLAB. This list features five new SKUs based on Zen3 architecture for the sWRX8 socket, in other words, those are the upcoming Zen3 based Threadripper PRO series codenamed “Chagall”.

The flagship part called Threadripper PRO 5995WX is set to offer 64 cores and 128 threads. It will support up to 8-channel DDR4-3200 memory and is more than likely to feature 128 lanes support for PCIe Gen4 standard. In comparison to 3995WX, the L3 cache size has not changed from 256MB, but the maximum boost clock has. It will go from 4.2 GHz to 4.55GHz, not to mention the underlying Zen3 microarchitecture. 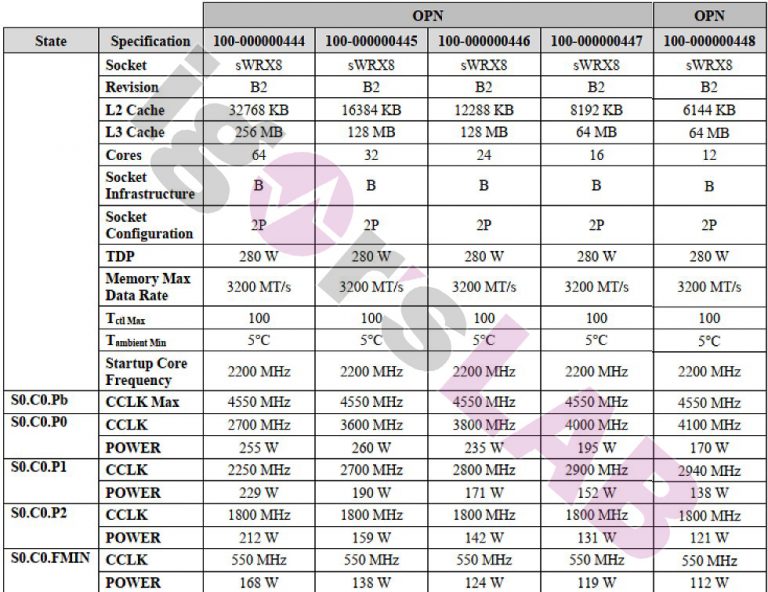 According to our information, Threadriipper PRO 5000 is now set to launch in March 2022, however, the announcement is expected at CES 2022 during a special press conference on January 4th. AMD has confirmed it will unveil its next-gen high-performance computing solutions.