It looks like someone is testing unreleased AMD CPUs with high core count. This is definitely not the first time we spot an unreleased AMD processor on volunteer computing platform. In this case, someone is looking for ‘signals from spinning neutron stars in data from gravitational-wave detectors‘, which sounds like a very complicated task for an engineering sample.

This leak provides new OPN codes (AMD product codes), presumably with different base clocks. This, in addition to previously seen 64-core sample, leads us to believe that we now have three OPN codes for AMD Ryzen Threadripper 7000 SKUs: 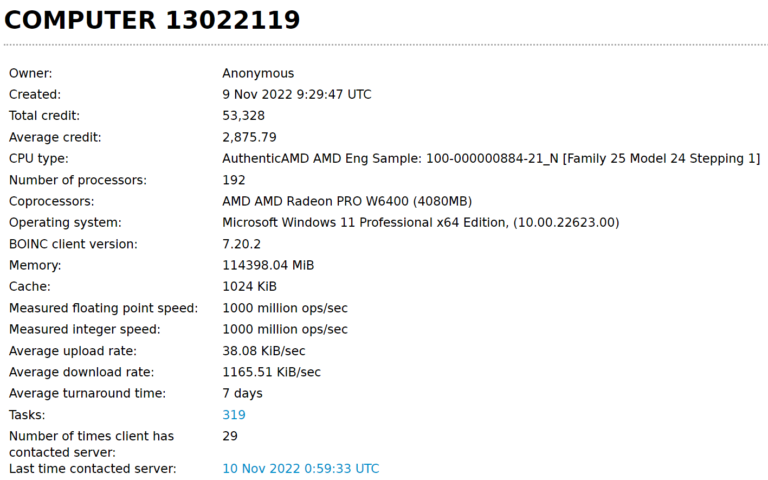 This CPU features 192 ‘processors’ which in this case means threads. This indicates we are looking at 96-core CPU with 12 CCDs, just as many as the recently launched EPYC 9004 series. One of the samples should have a 2.0 GHz base clock, while the other should feature a 2.1 GHz frequency. No information on boost clocks, TDPs or cache sizes have been confirmed by this leak.

Neither of the codes can be found in the official AMD OPN list, meaning that they are not yet available for sale or in production. 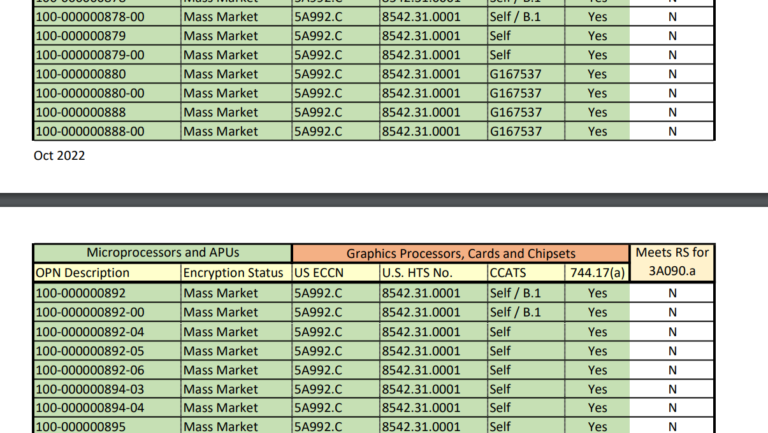 It is worth reminding our readers that AMD confirmed there will be no Threadripper non-PRO series moving forward. This decision was made in an effort to ‘unify’ the product series, rather than split them between enthusiasts and content creators. In reality, it was probably because Threadripper series have become a very niche market due to their very prices.

AMD is yet to confirm its exact plans for Ryzen Threadripper 7000 Zen4 aka “Storm Peak” series, however one should not expect them to launch sooner than March 2023, which is a year after TR 5000 series.