We have been reluctant to include Threadripper 7000 series into our speculated AMD Zen roadmap, simply because AMD never acknowledged it has an intention to continue releasing its HEDT series moving forward. However, the recent rumors from Moore’s Law is Dead suggest that Threadripper is not going anywhere.

What remains a mystery at this point is whether AMD has plans to continue making gaming and workstation series. Despite officially launching Threadripper PRO 5000 series in March, the new series codenamed “Chagall PRO” are still hard to find. But those are workstation series, while AMD is not making any announcement about the non-PRO HEDT CPUs for enthusiasts.

The new information from MLID indicates that Threadripper PRO with Zen4 architecture is already on the new internal roadmap, but again, it remains to be confirmed if non-PRO series are coming. More importantly though, Threadripper 7000 would bring a core bump to 96 cores, so a 50% increase over the current series. AMD will probably reuse Genoa silicon, which is officially locked to just as many cores.

In his usual fashion, MLID provided quotes from his sources. Given how accurate are data-center and workstation leaks are from this YouTuber, there is a good chance that this is indeed true. 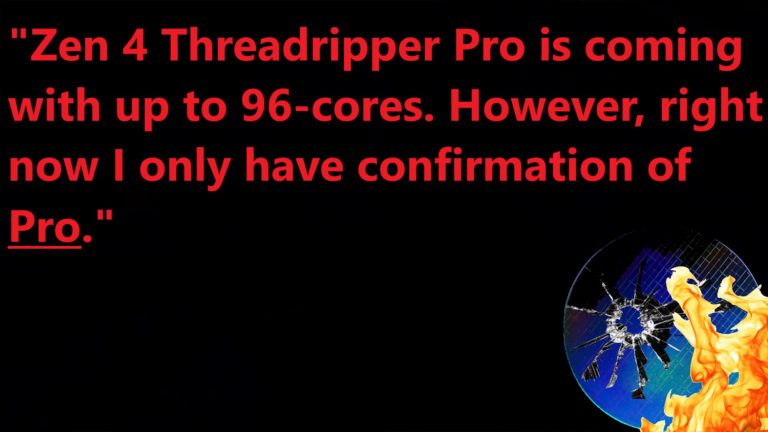 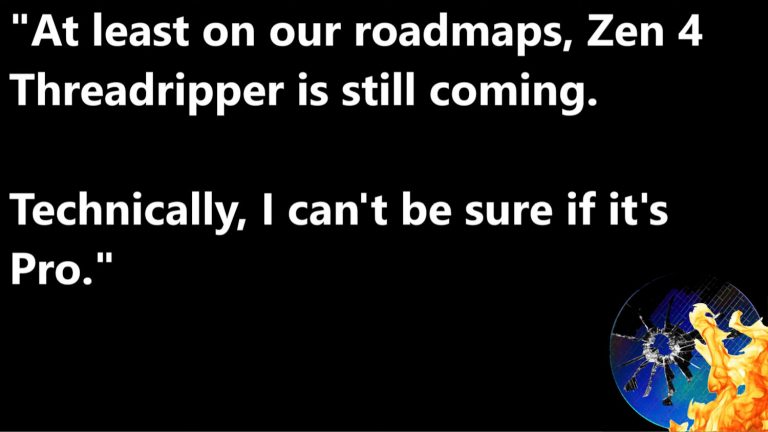 The codename and release date for Threadripper 7000 were not mentioned. The Zen4 schedule is quite busy for AMD in Q3’22/Q1’23, so the Threadripper series probably shouldn’t be expected earlier.