Wccftech gained access to the files from the Gigabyte leak, which includes new information on Ryzen Threadripper 5000 series.

Yesterday the files that were obtained through hack have made their way to the web. The leaks have quickly started to pop up on social media. It appears that Wccftech is one of the sites that gained access to those files independently. Their latest article covers yet unreleased information on the AMD Ryzen Thredripper series based on Zen3 architecture.

Two screenshots appear to confirm the existence of AMD Ryzen Threadripper HEDT and Workstation series based on Zen3 architecture. The 19H family of processors is listed in numerous places in the documents that have been published confirming both the maximum core configuration of the series as well as their thermal requirements.

According to the ‘Infrastructure Roadmap for sTRX4 and sWRTX8 Processors’, AMD will launch both the Workstation and High-End Desktop Zen3 Threadripper series. The table that lists thermal requirements for both platforms confirms that TDP ranges have not changed since Zen2, nor has the core count for the next-gen Threadripper series. The table confirms that the top SKU will be 64 cores.

The documents that were accessed by Wccftech also confirm all configurations of each TR series. The HEDT version will be available in 64, 32, and 24 core SKUs, whereas the PRO (Workstation) will get as many as five SKUs: 64, 32, 24, 16, 12 core. The site also lists IOD power ratings, which are: 110W, 85W, 80W, 75W, and 62W respectively for each core variant. It is also noted that Workstation Threadripper has higher IOD power due to support for 8-channel memory and 128 PCIe Gen4 lanes, both being the exclusive features for the PRO series. 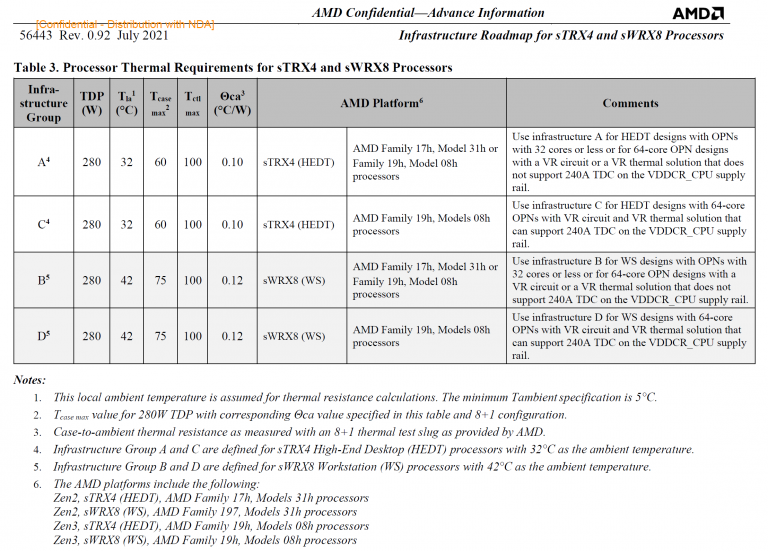 The chiplet and IO die measurements have also been shared confirming small variations in the size between Zen2 and Zen3 Threadripper series. What has not changed are the sizes of the CPU package and LGA socket, ensuring that next-gen Threadripper, which is now scheduled to launch around November, will be compatible with existing TRX40 and WRX80 motherboards. 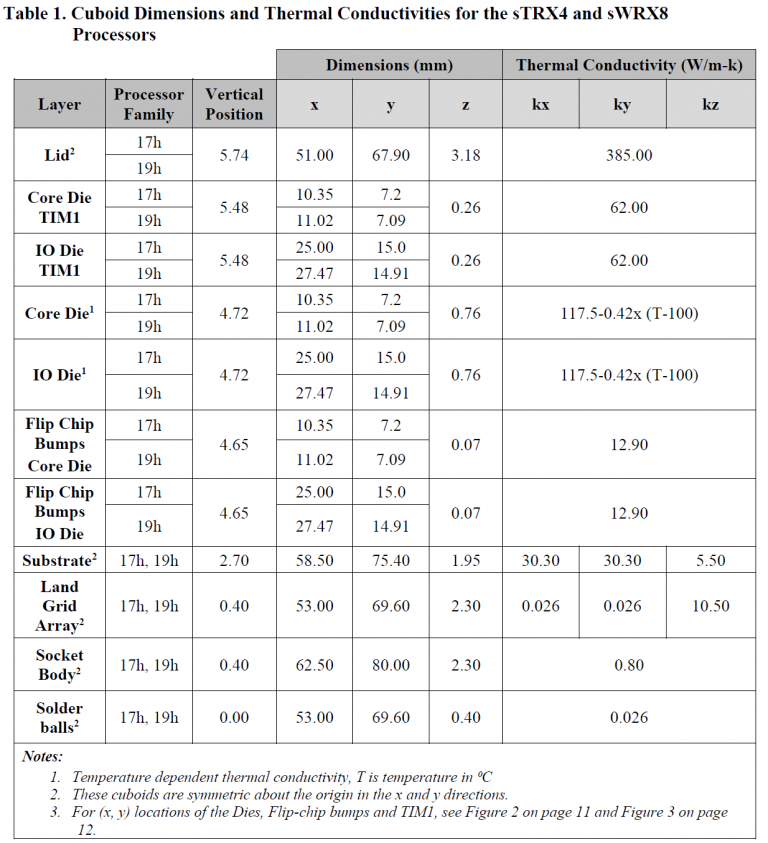